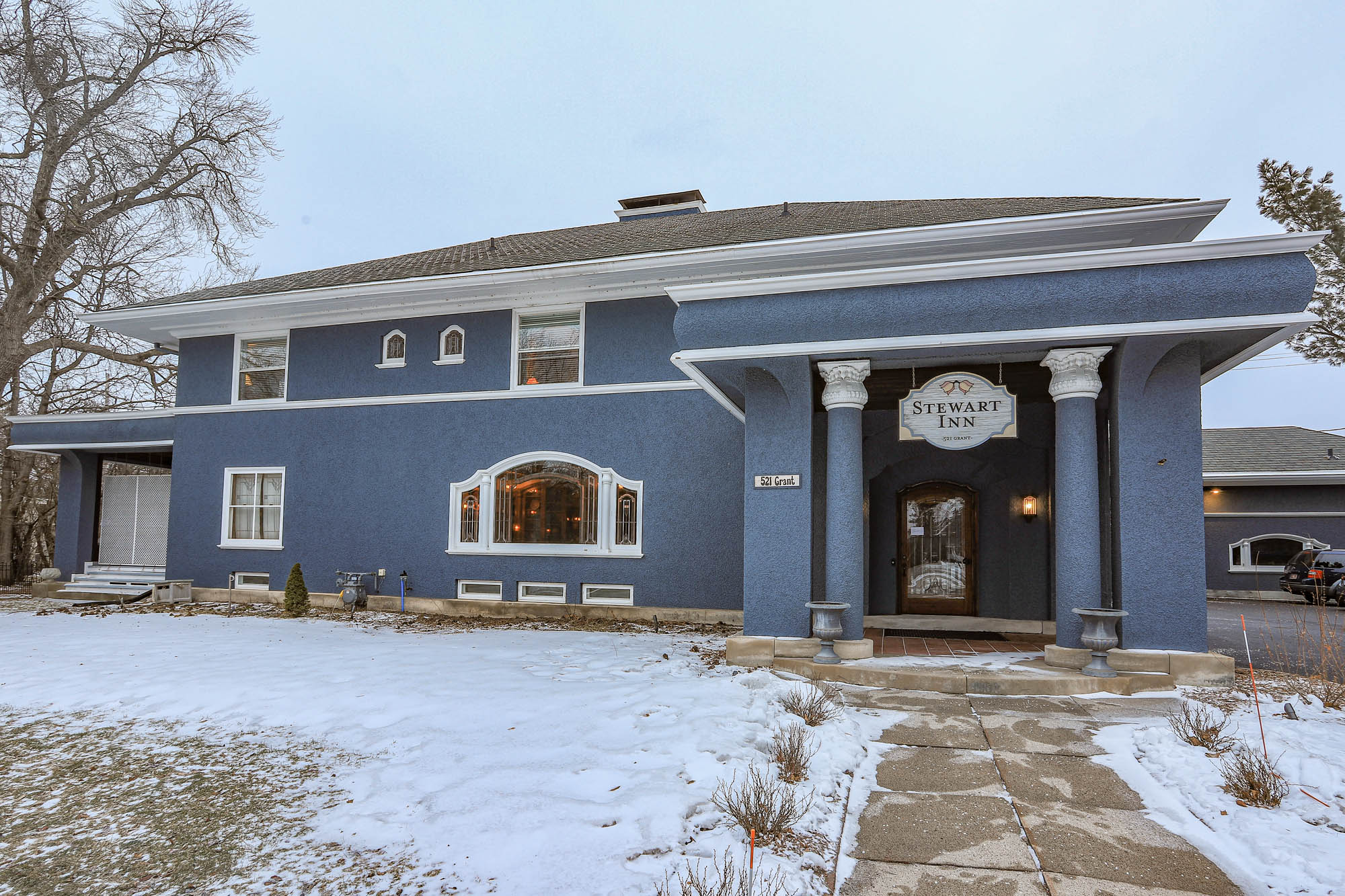 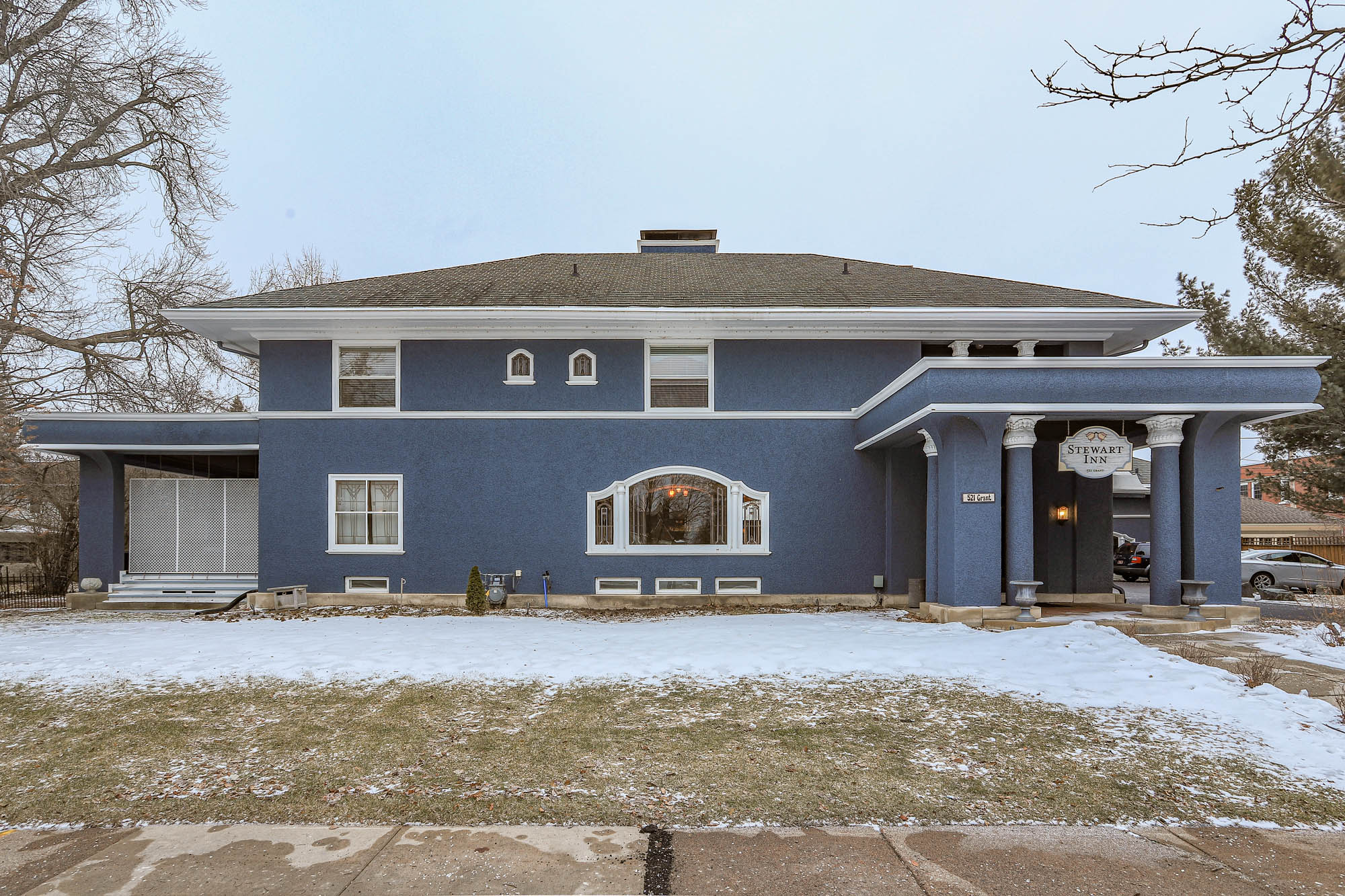 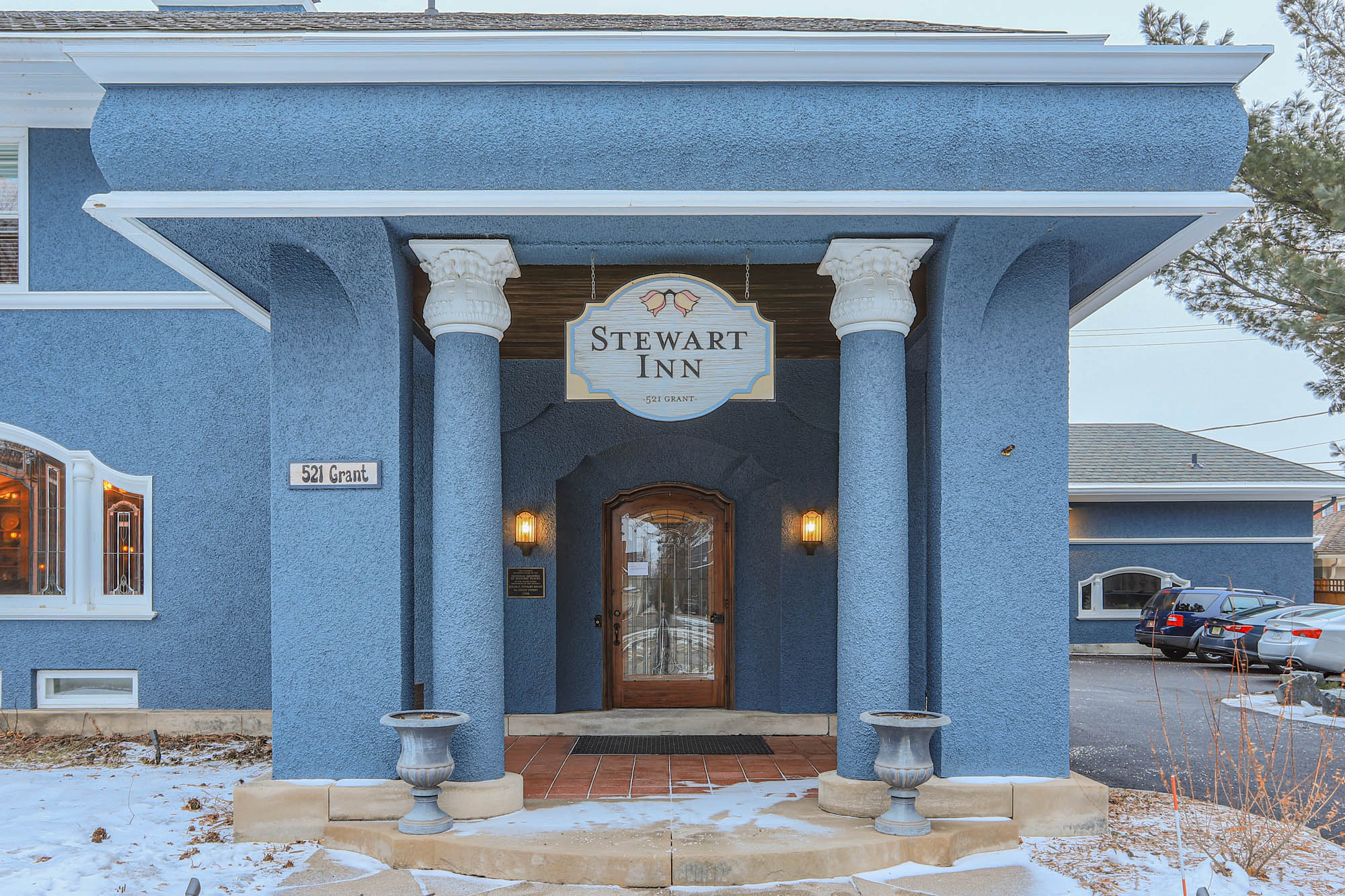 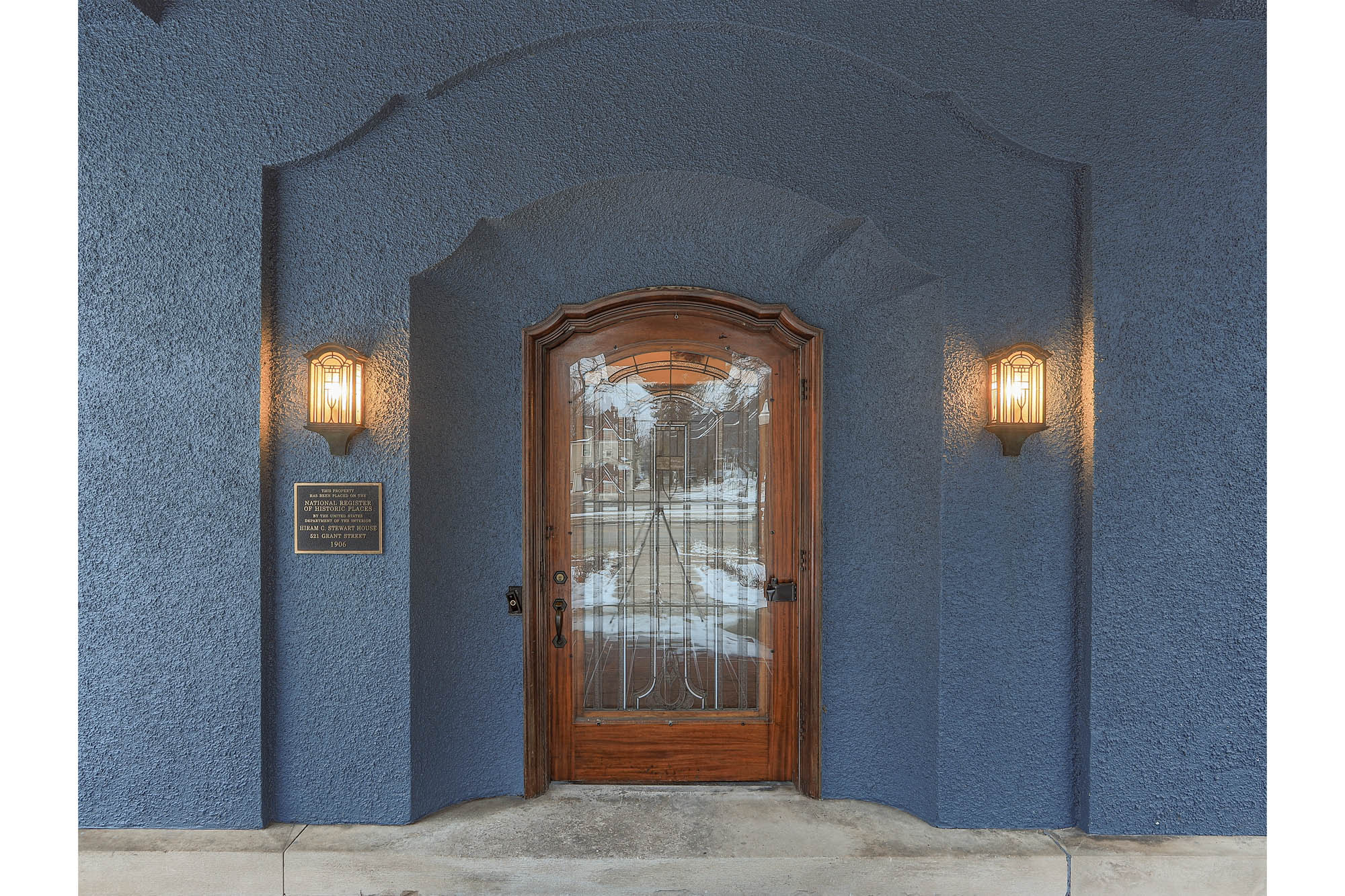 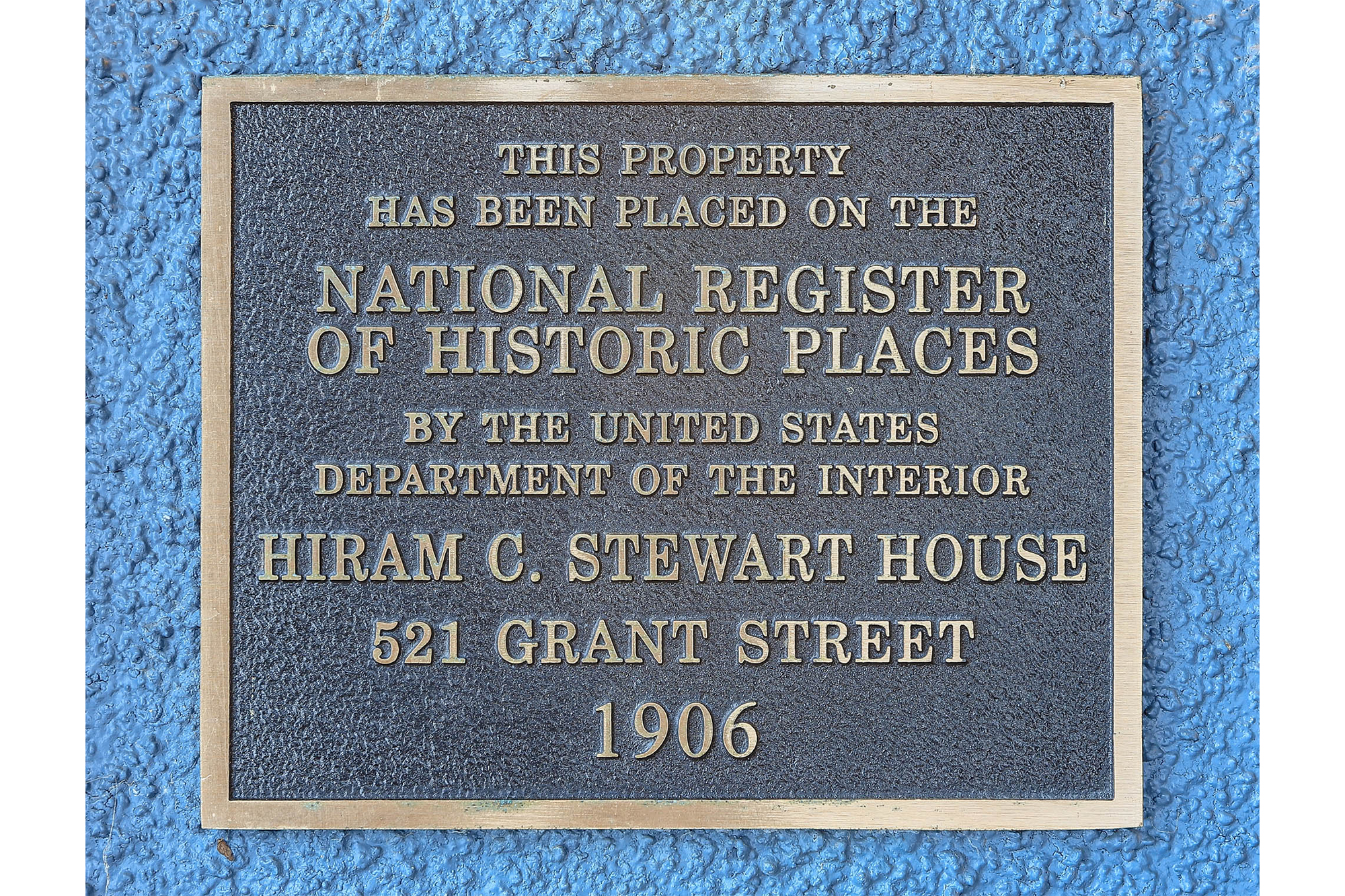 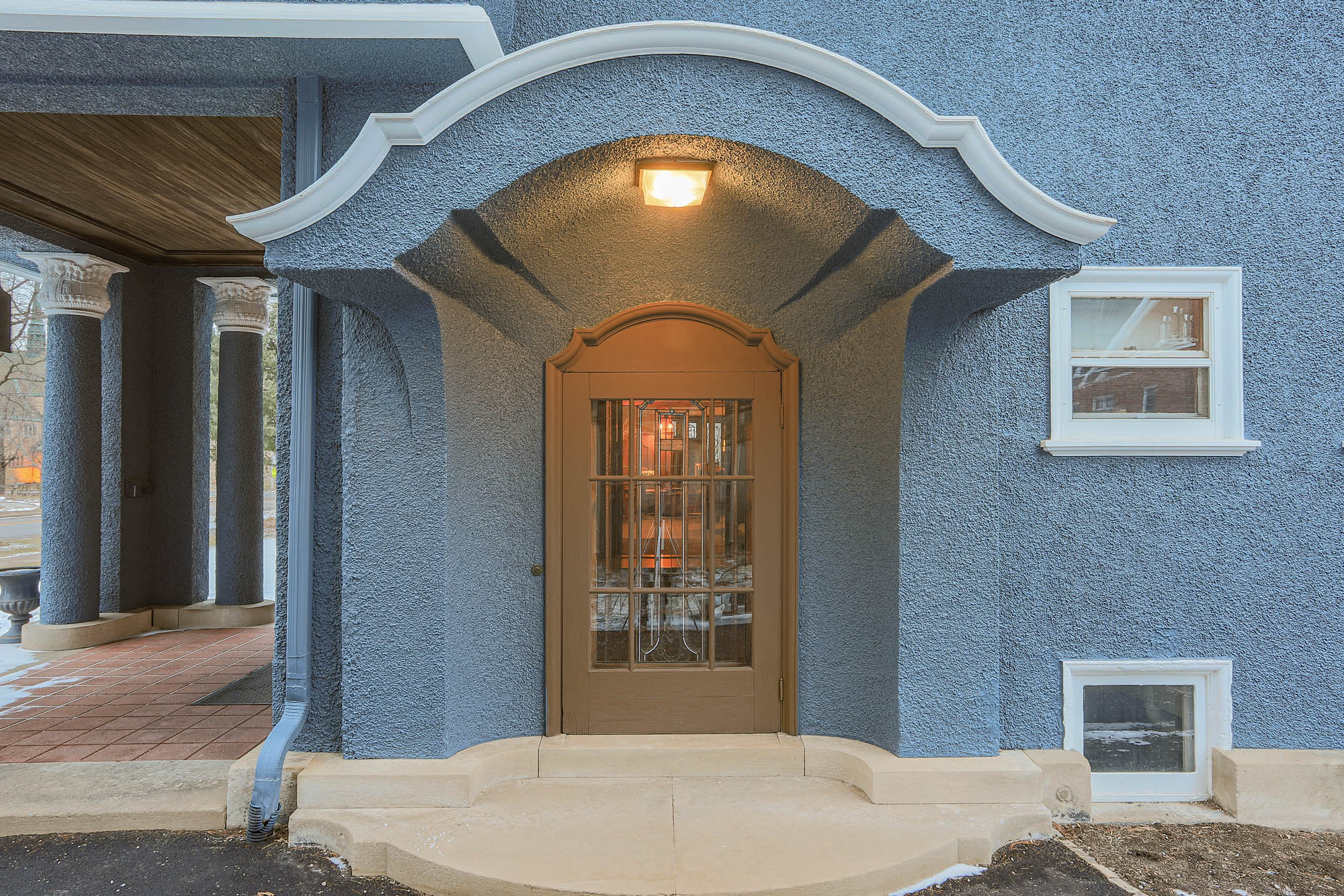 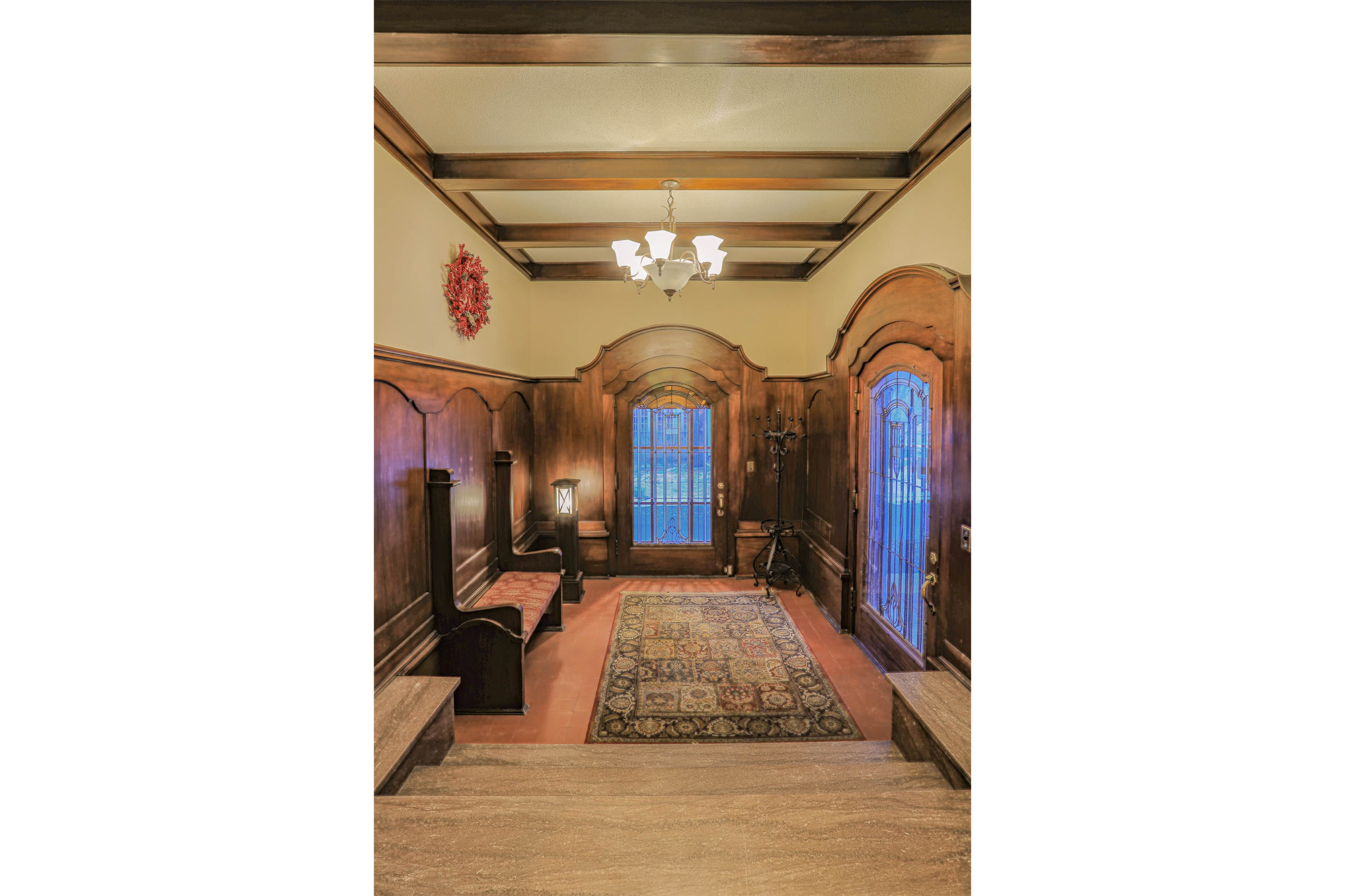 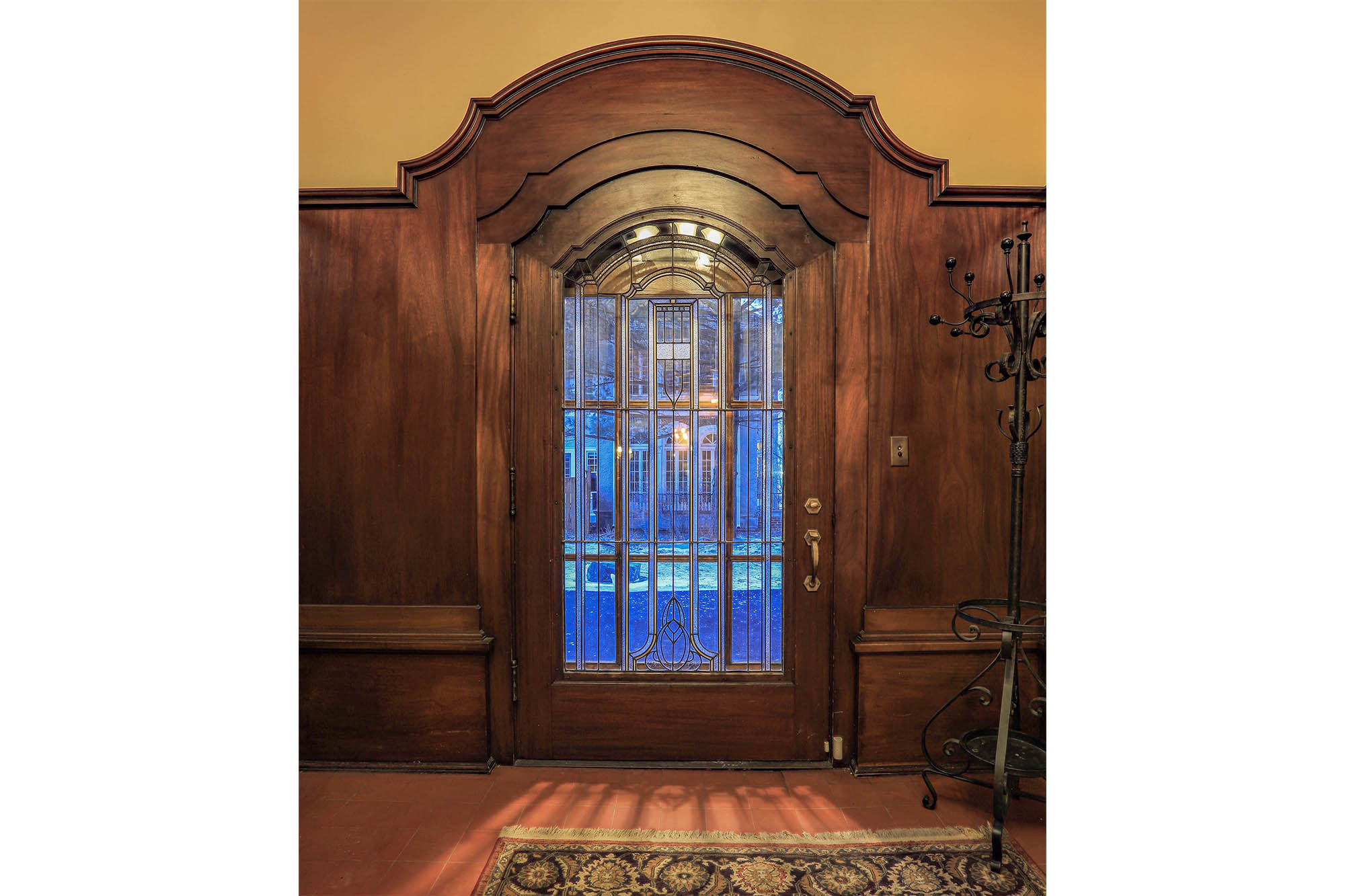 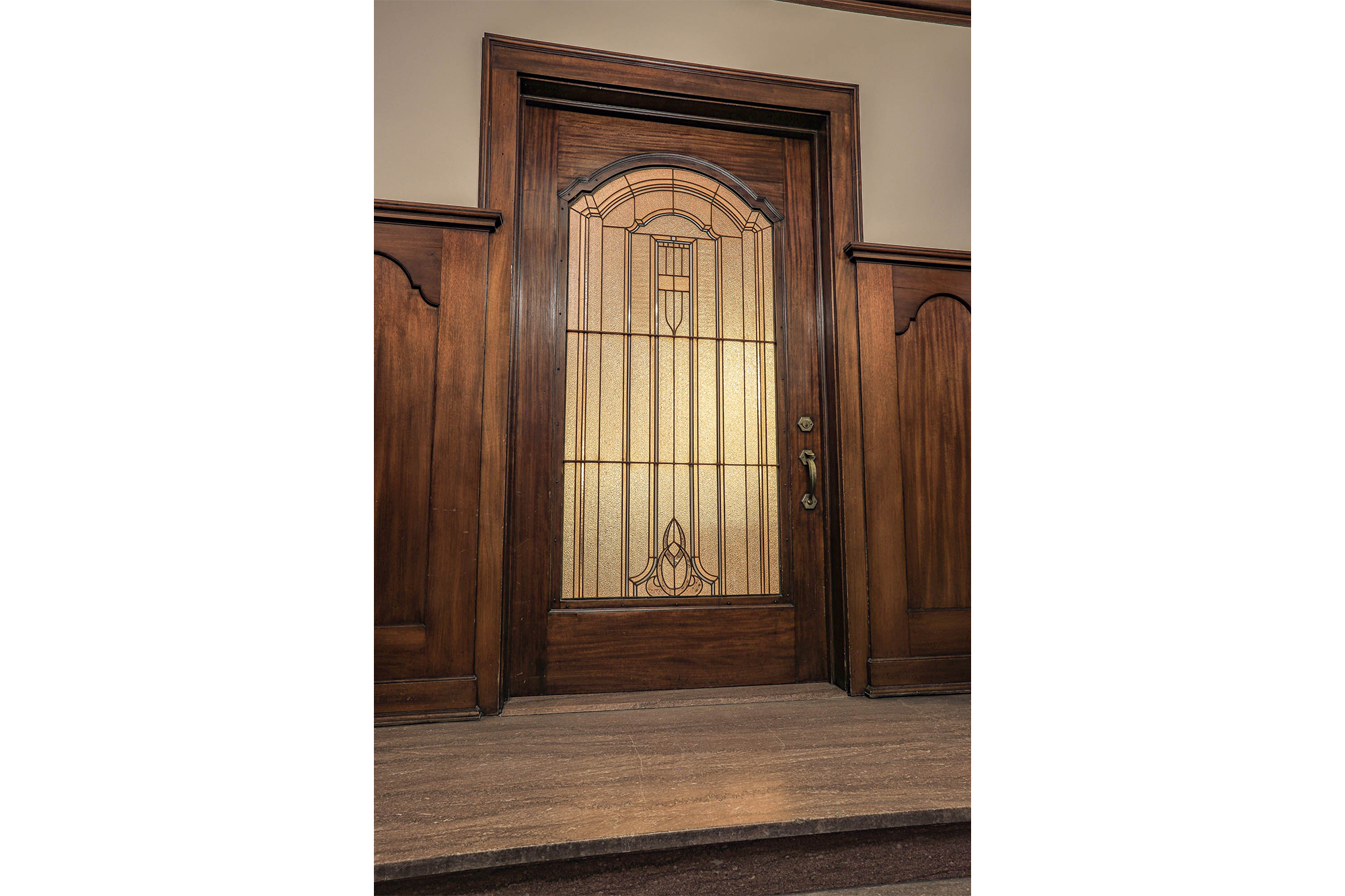 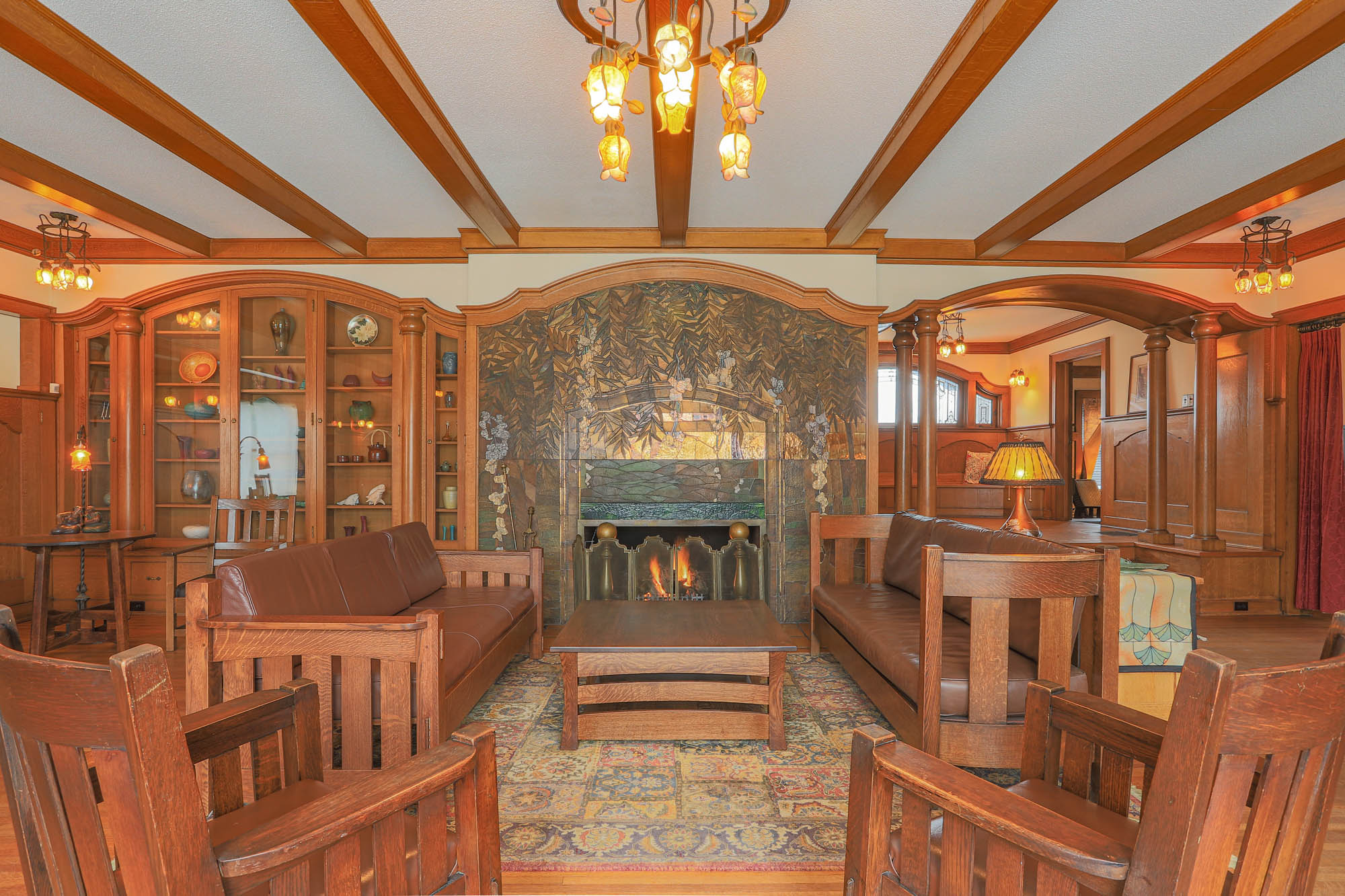 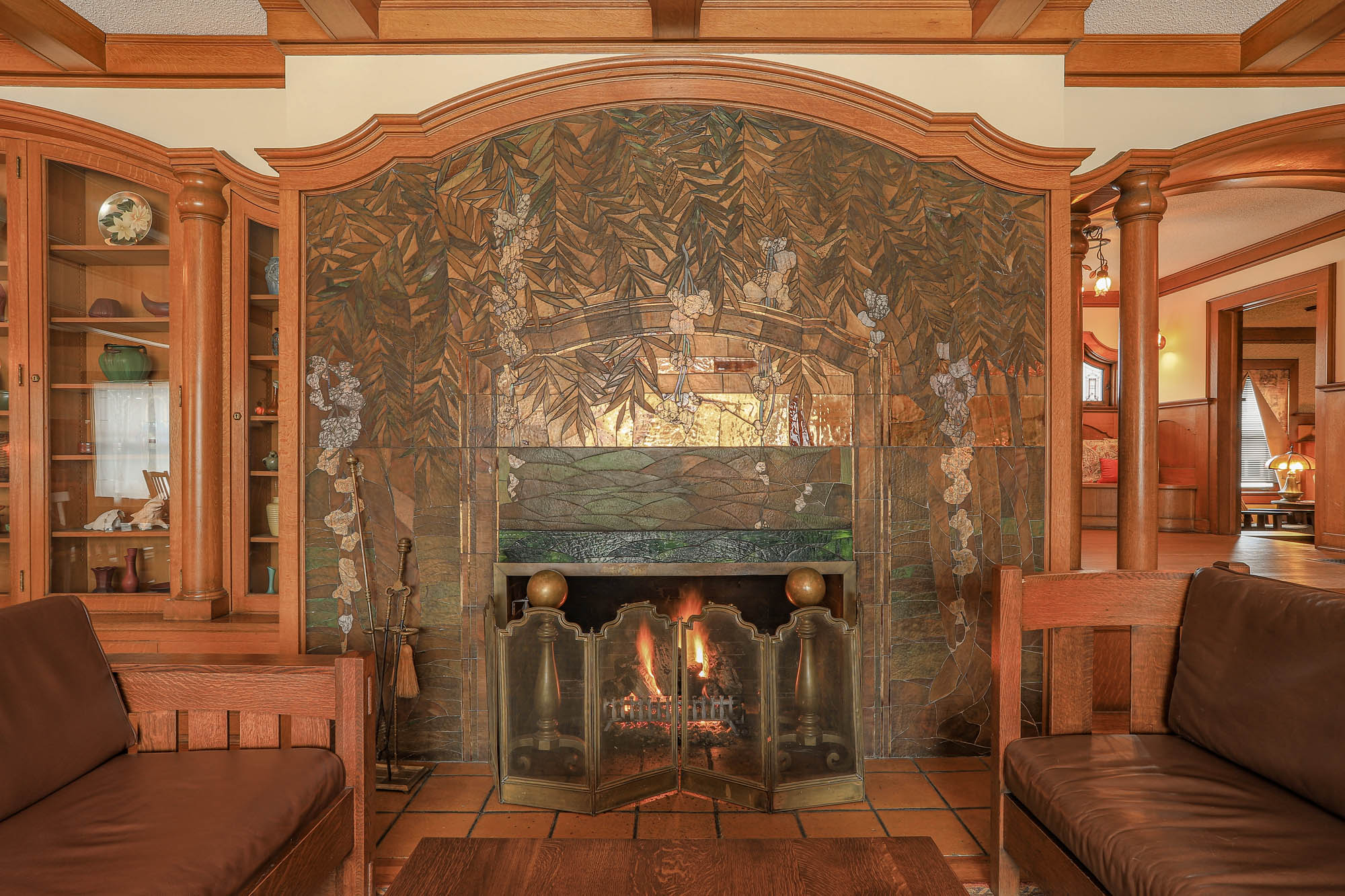 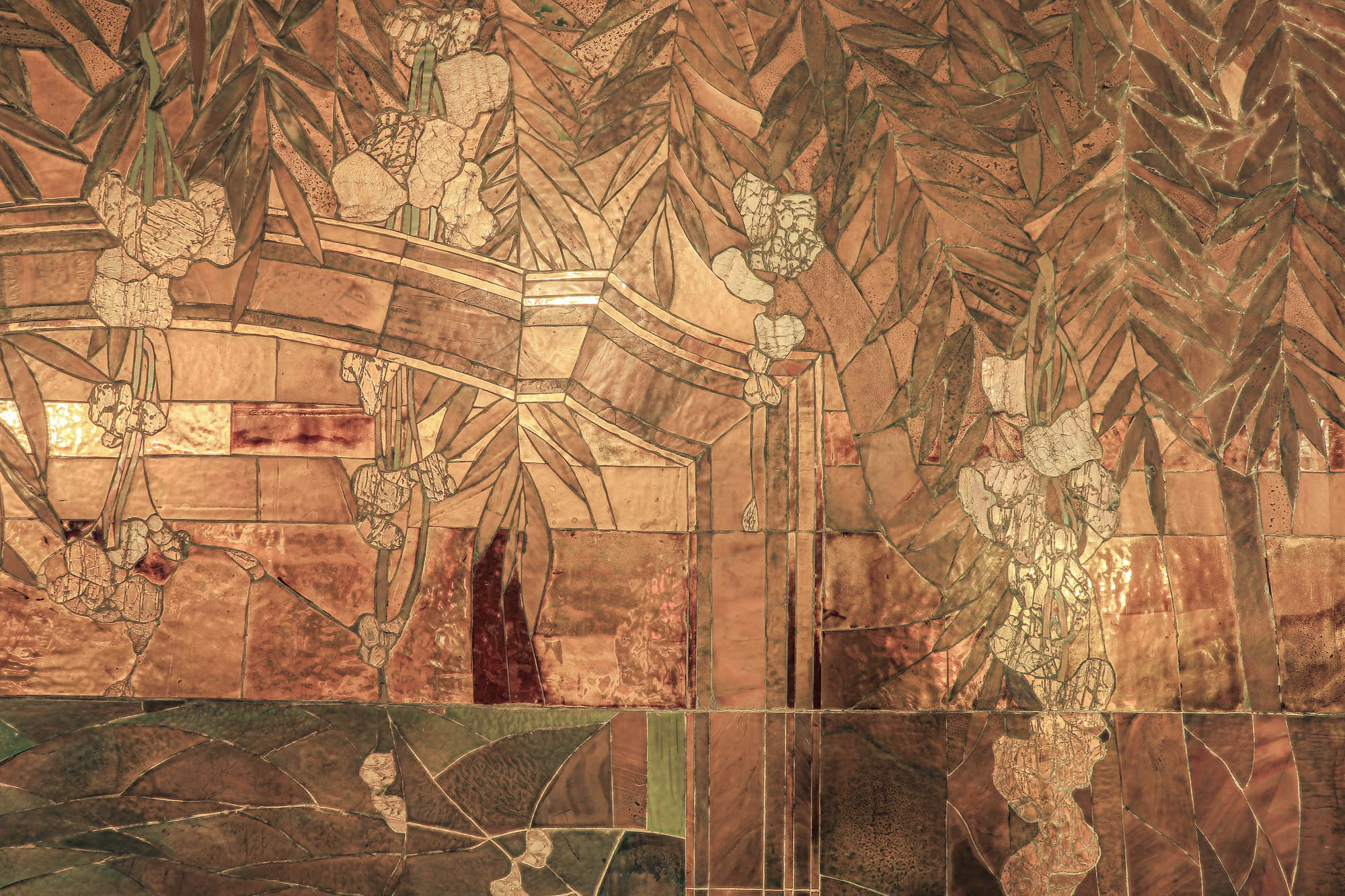 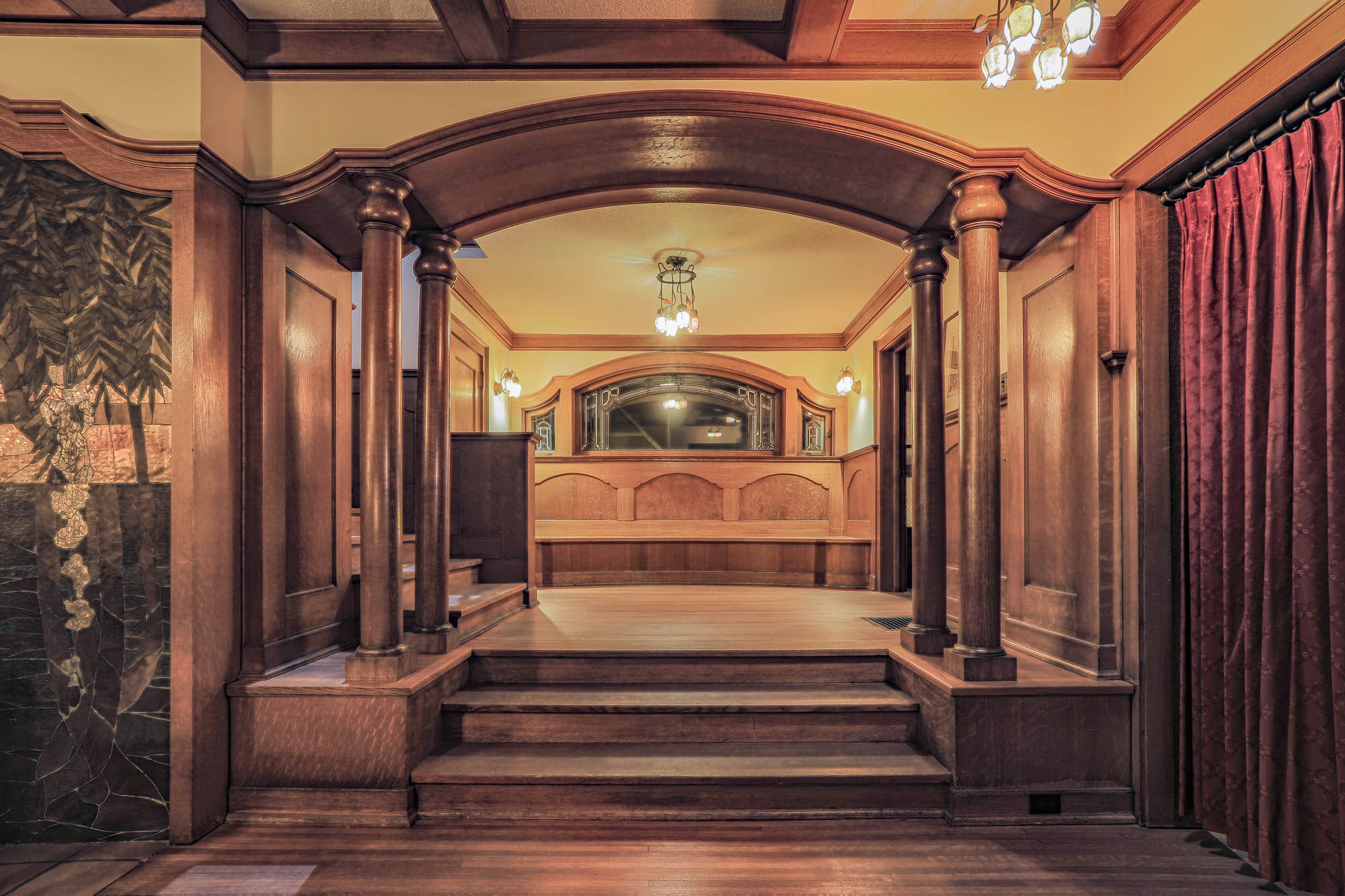 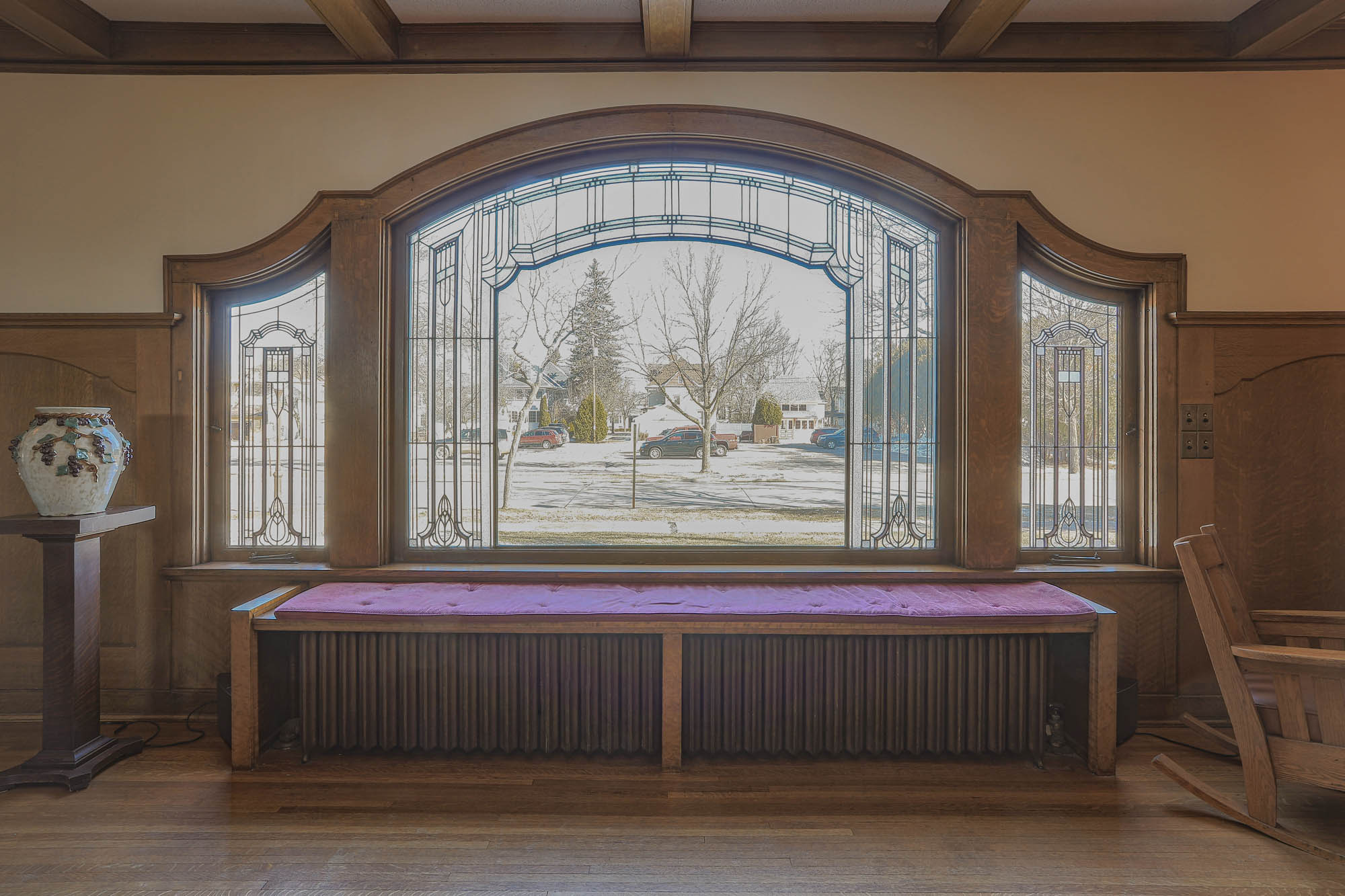 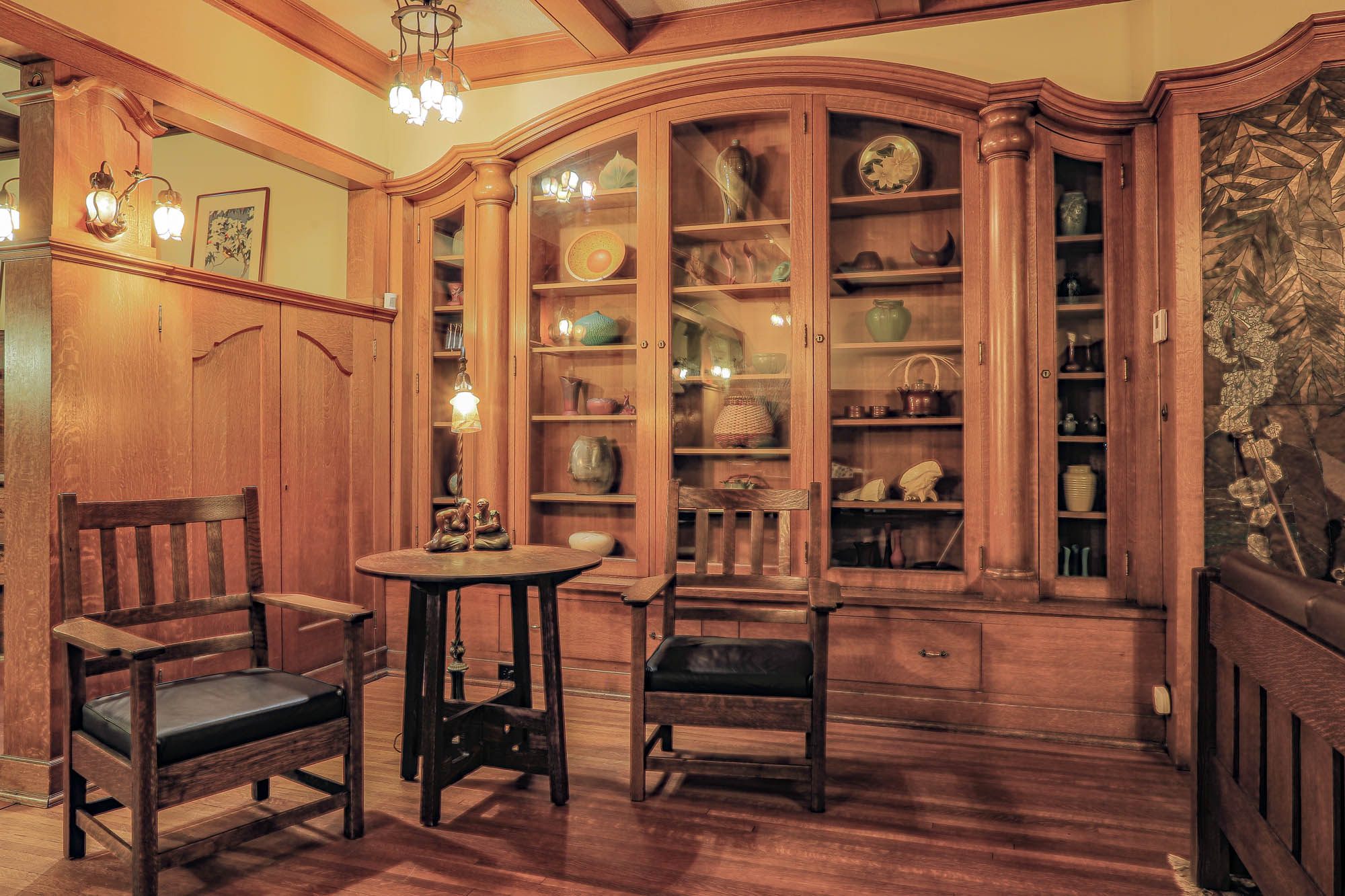 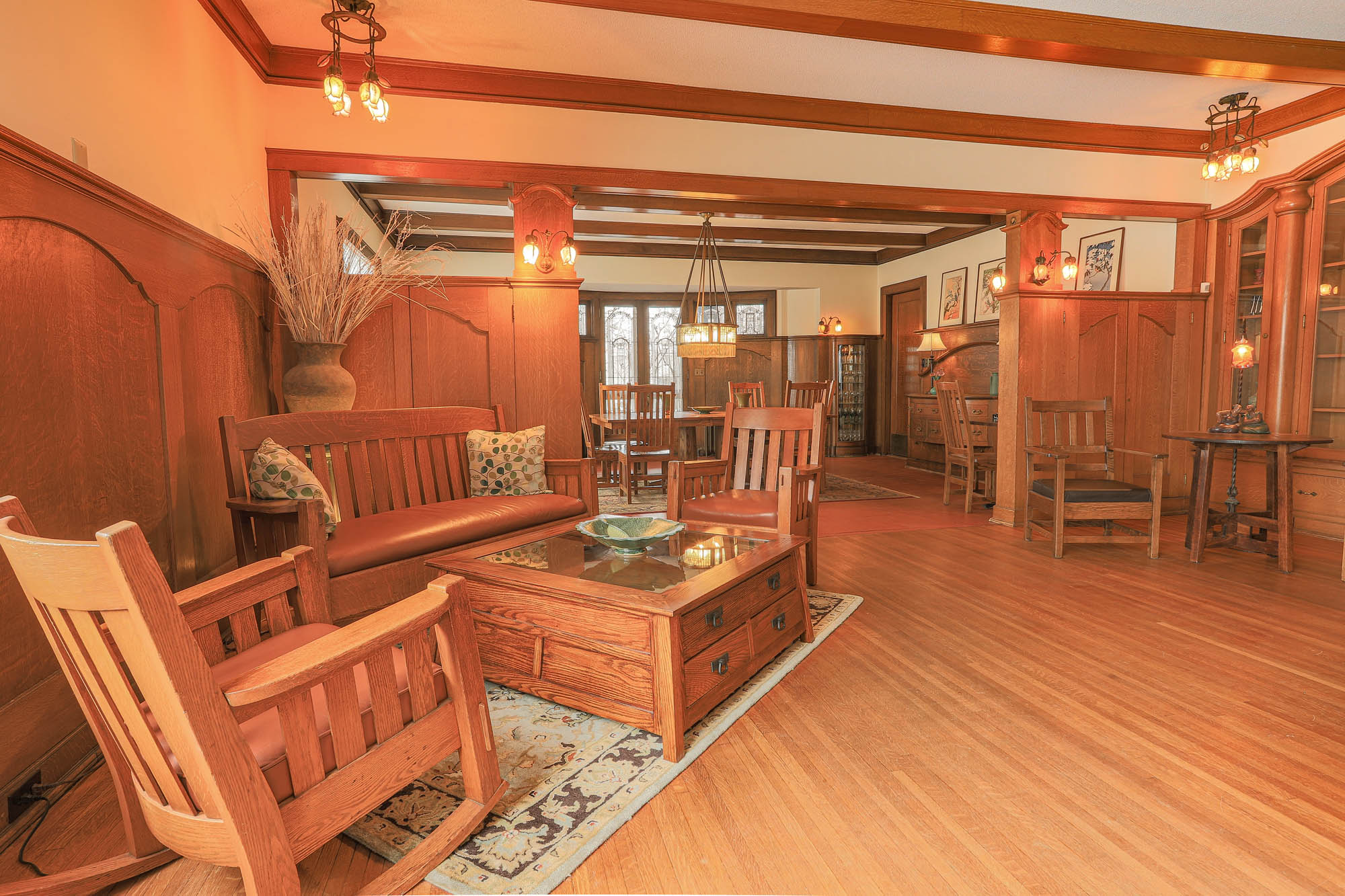 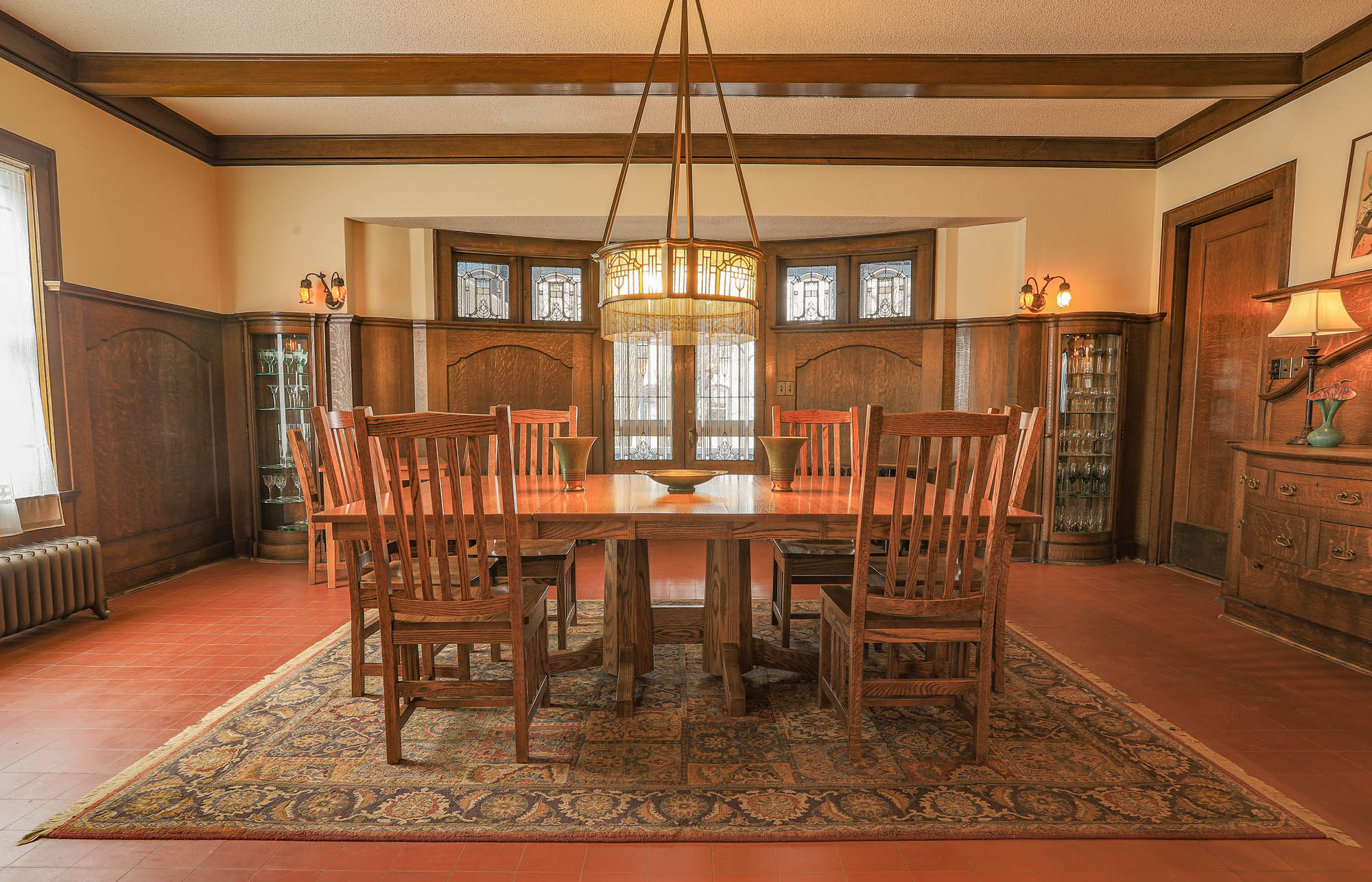 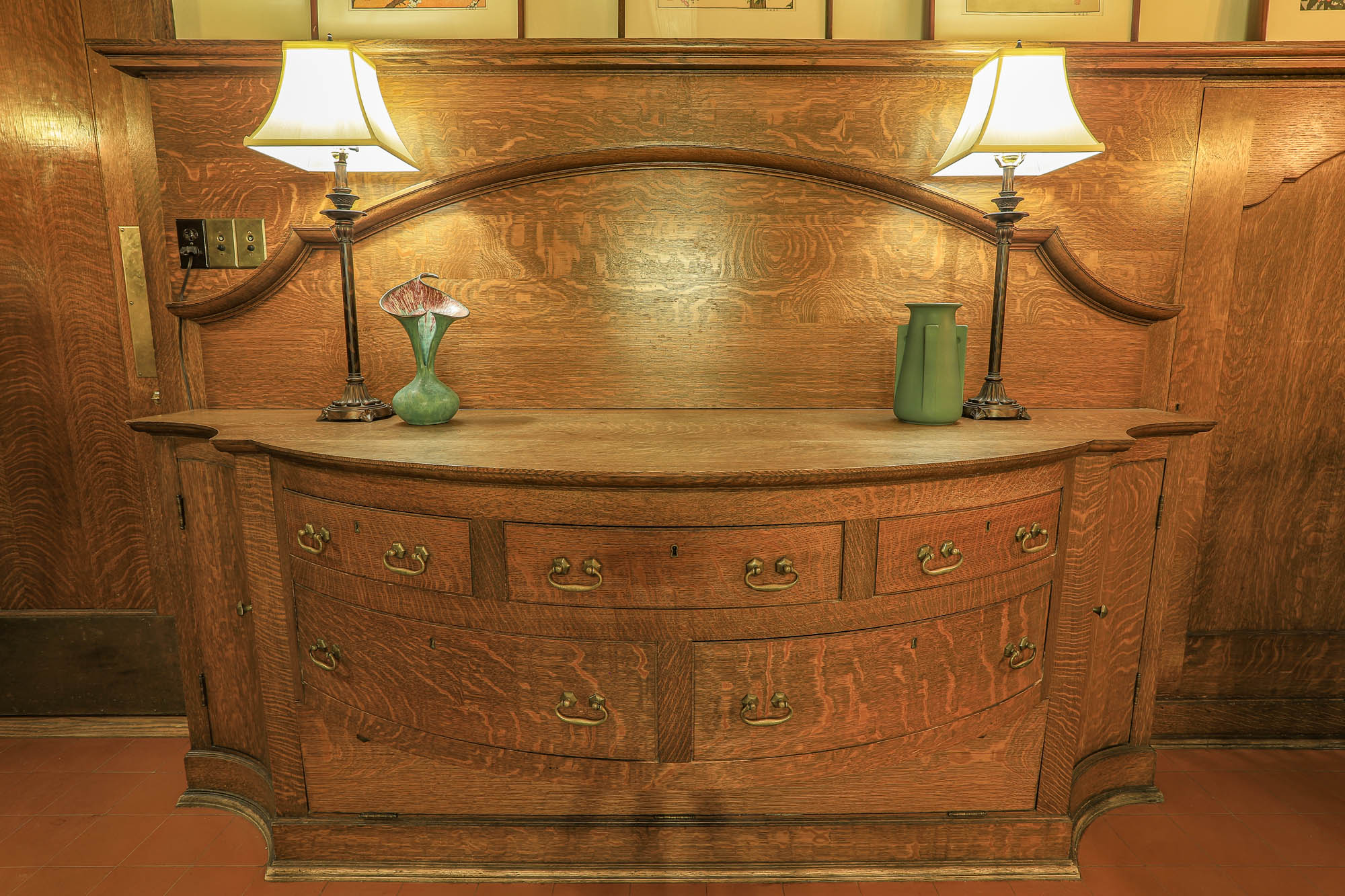 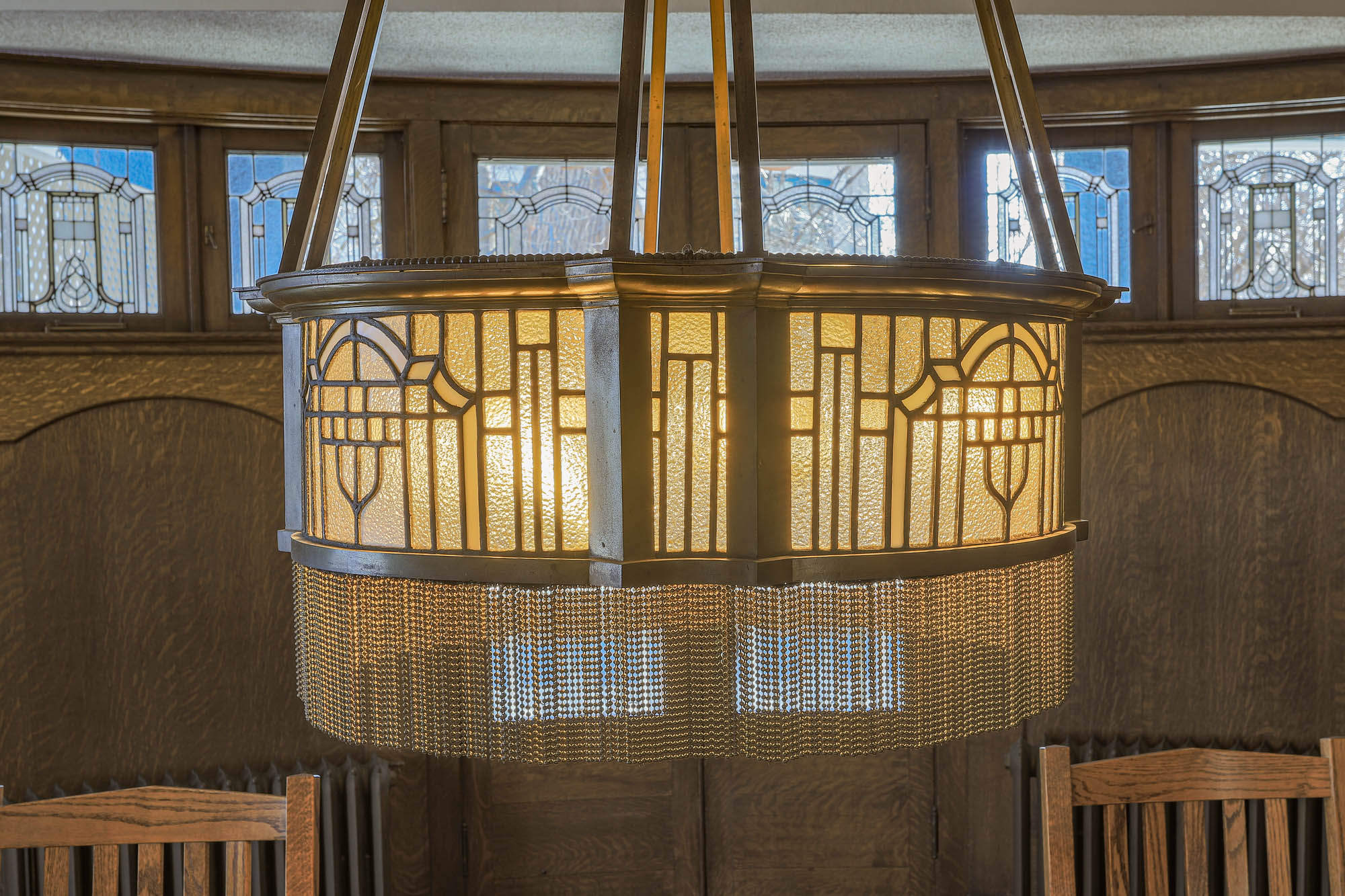 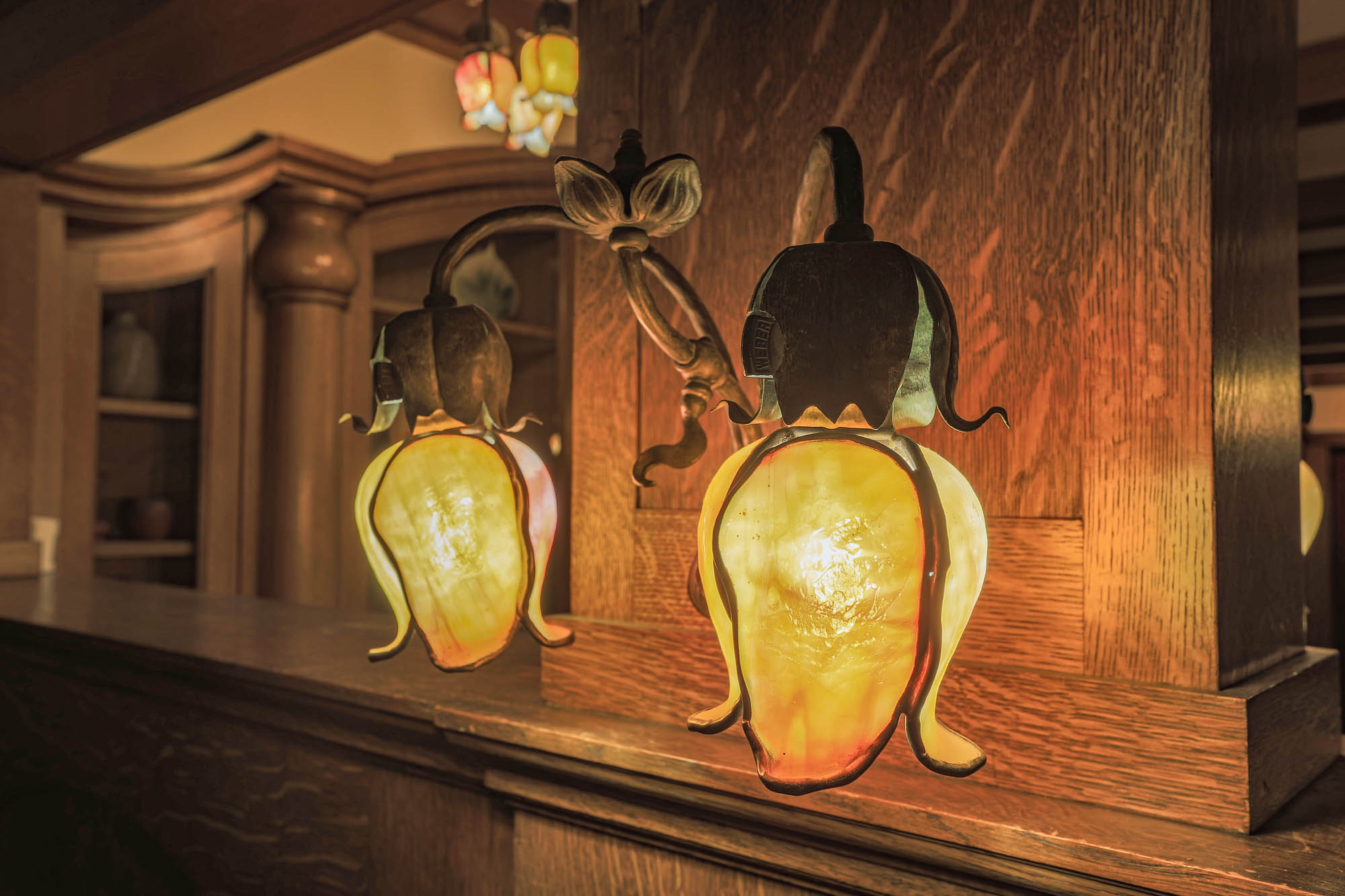 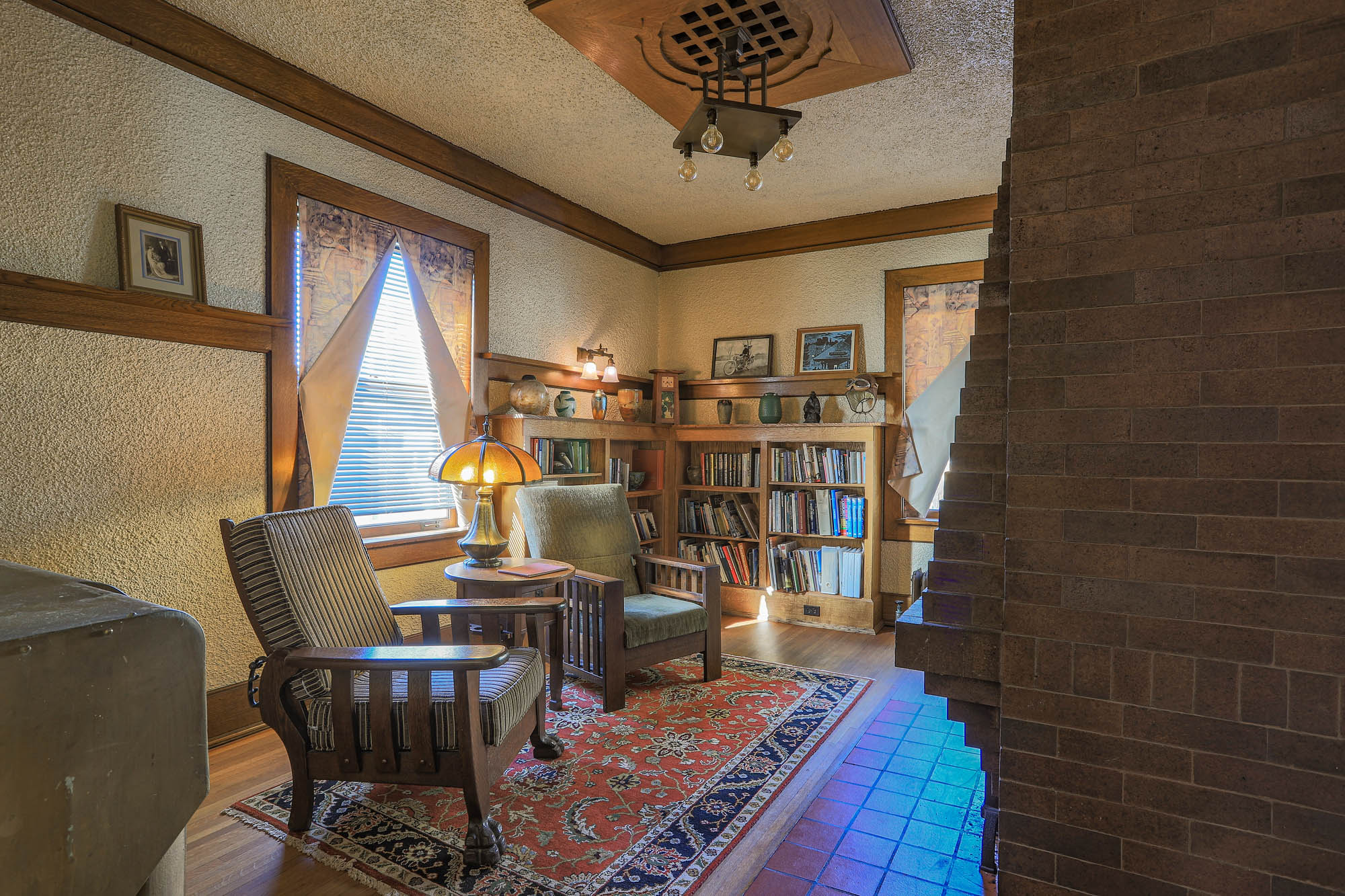 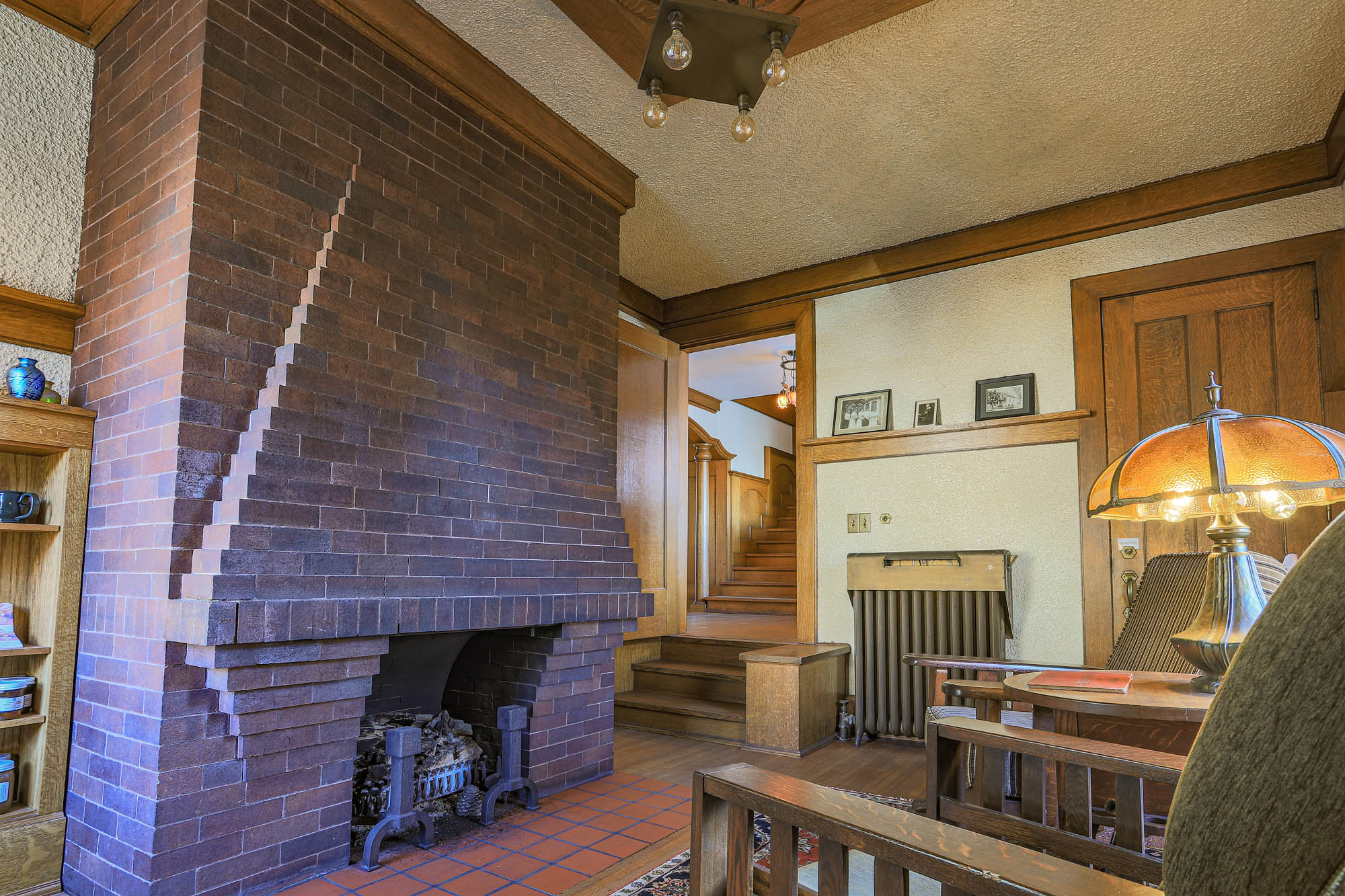 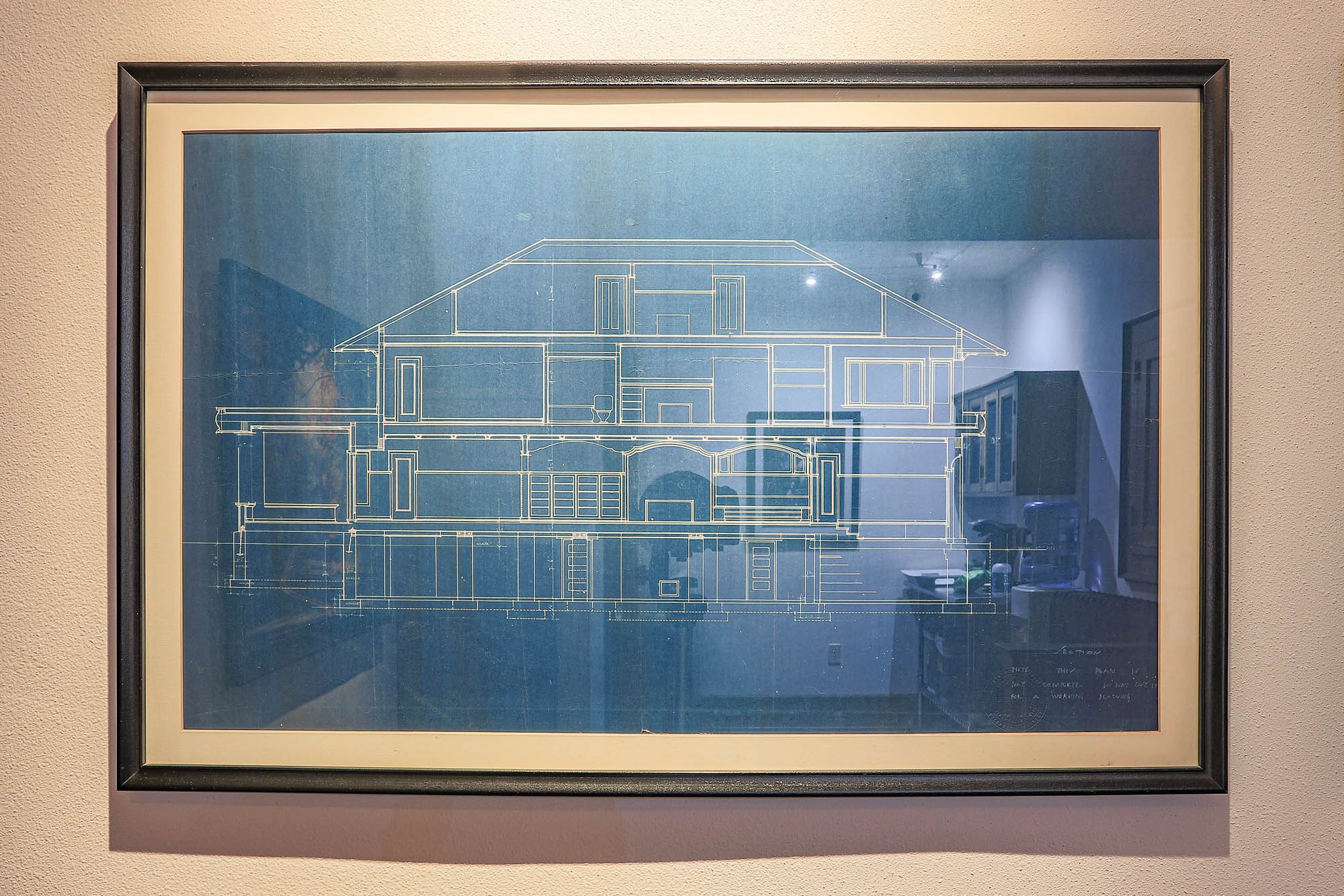 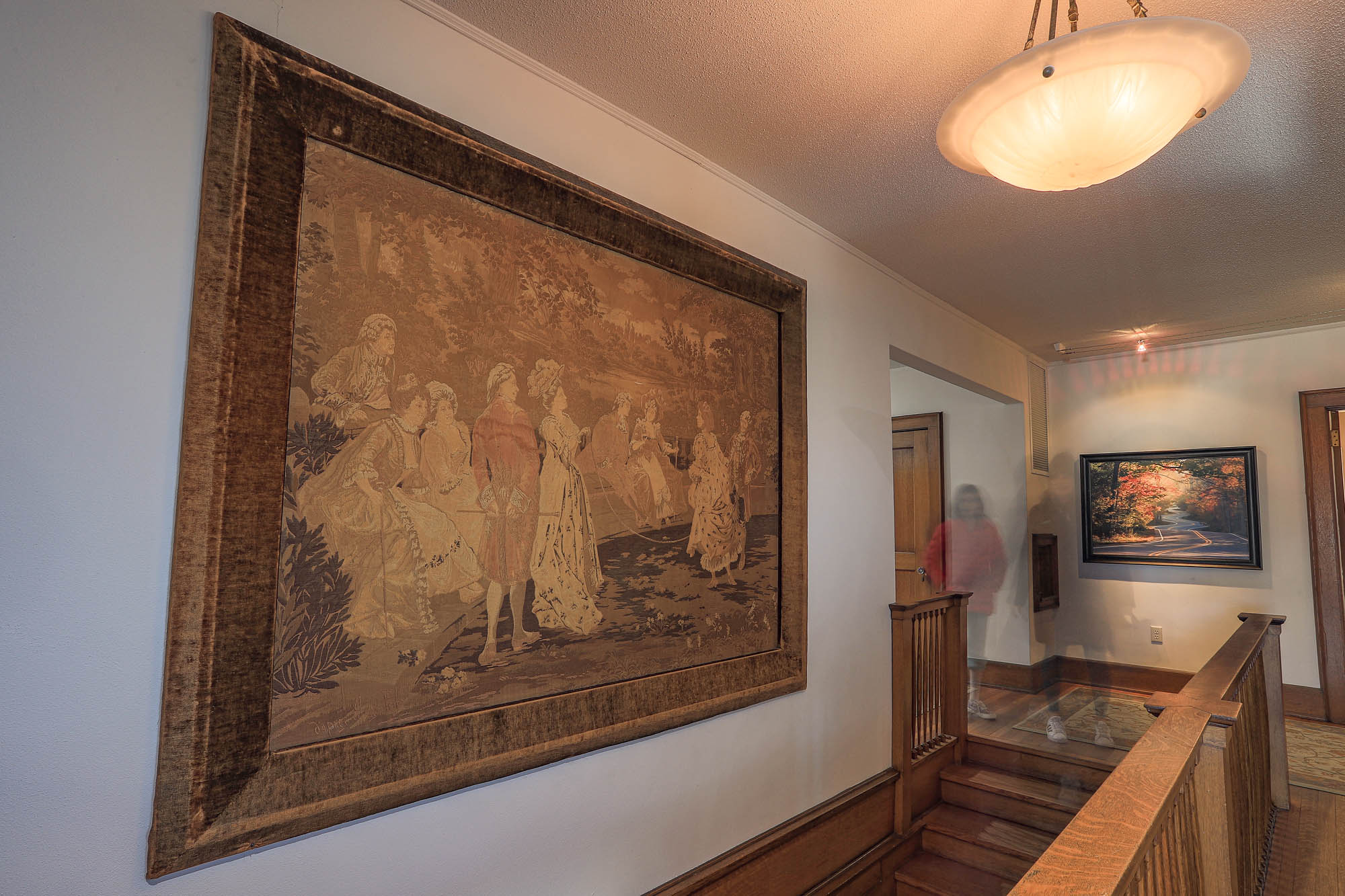 Added to the National Register of Historic Places on August 30, 1974

A fine example of Maher’s Prairie School work, the exterior of this home features his use of a rectangular block as the main structure under the broad, deep eaves of a low-slung hipped roof, which helps to visually plant the massive structure’s 6,694 square feet firmly to the ground. A prominent entrance porch protrudes from the right side of the facade, with another large covered porch extending from the main structure’s left side – it’s accessible inside from the dining room.

Some Maher hallmarks appearing on the home’s exterior: a spare use of exterior ornament, his motif-rhythm theory featuring tripartite arches and tulip designs, and his use of stucco as a moldable, almost plastic-like material, which is carefully formed to embellish the arches found in the main and side entrances. Matching arches can be found in the large living room window, two light fixtures flanking the front entrance, a window on the first floor of the carriage house, and two smaller bathroom windows on the home’s second floor. The tulip motif can be found in the capitals of columns on the front porch and on the balcony above the porch, and in many of the leaded glass windows.

Inside, arches are found in woodwork and trim, leaded glass windows, the living room fireplace mosaic, and the dining room light fixture. Tulip-shaped shades adorn light fixtures found throughout the main living spaces, with the motif also represented in capitals on columns supporting tripartite arches in the living room.

The main floor features a mostly open plan with original light fixtures found throughout. The living room is large enough to be divided into several spaces, ideal for entertaining and lounging. A massive, iridescent Giannini & Hilgart-designed mosaic surrounds the fireplace – the andirons and fireplace screen are original to the home.

Also on the first level is a kitchen with a butler’s pantry, a small half bathroom with original fixtures and paneling, a reception room, and a den with a fireplace more masculine in design than its living room counterpart – this one done completely in red brick.

The landing – leading one way to the second floor, the other to the den – contains a large window seat beneath a tripartite arch with three leaded glass windows; sconces and a ceiling fixture are found here too, their shades in the repeating tulip motif.

While the first floor is mostly intact in terms of its layout and finishes, the second floor has been altered over the years to suit subsequent owners and its use as a bed and breakfast. It’s notable, however, that the tapestry hung above the staircase is original to the house and is believed to have been a gift from Maher to the Stewart family – it’s said that Maher did this for many of his clients. Two pages of original, stamped blueprints are framed and hung on the second floor landing.

The third floor, now used as the living quarters for the innkeepers, contains a ballroom and servant’s quarters.