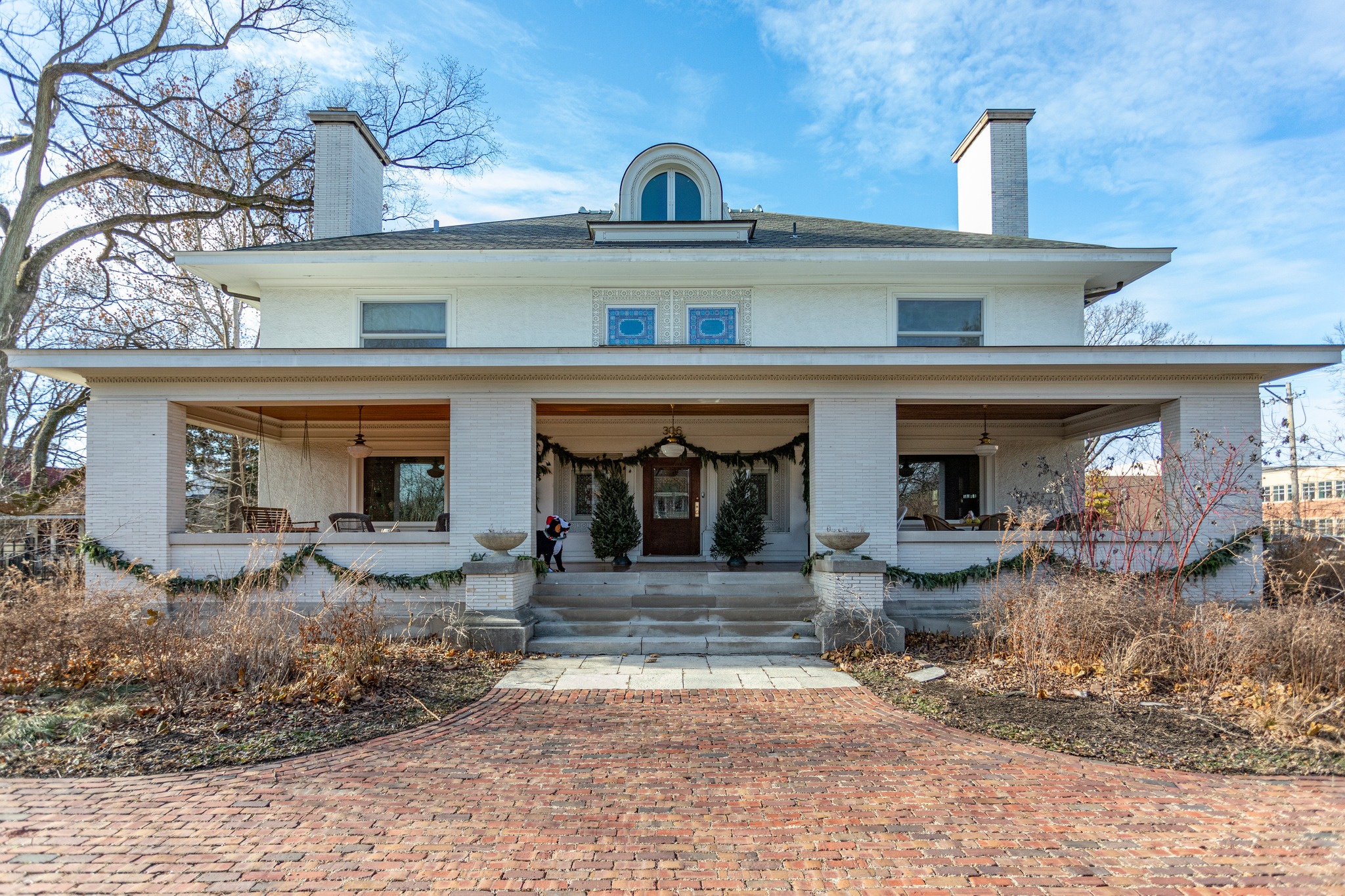 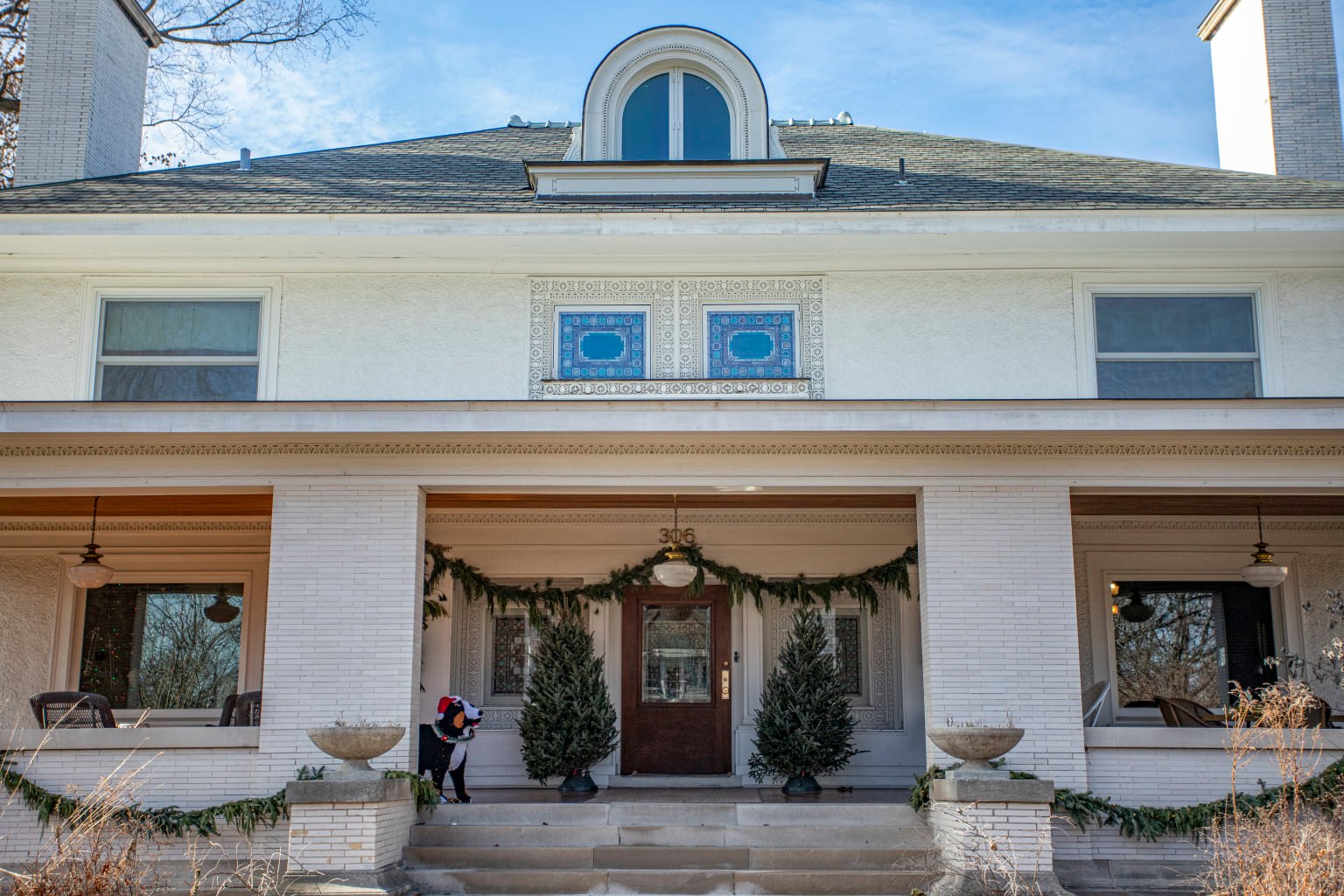 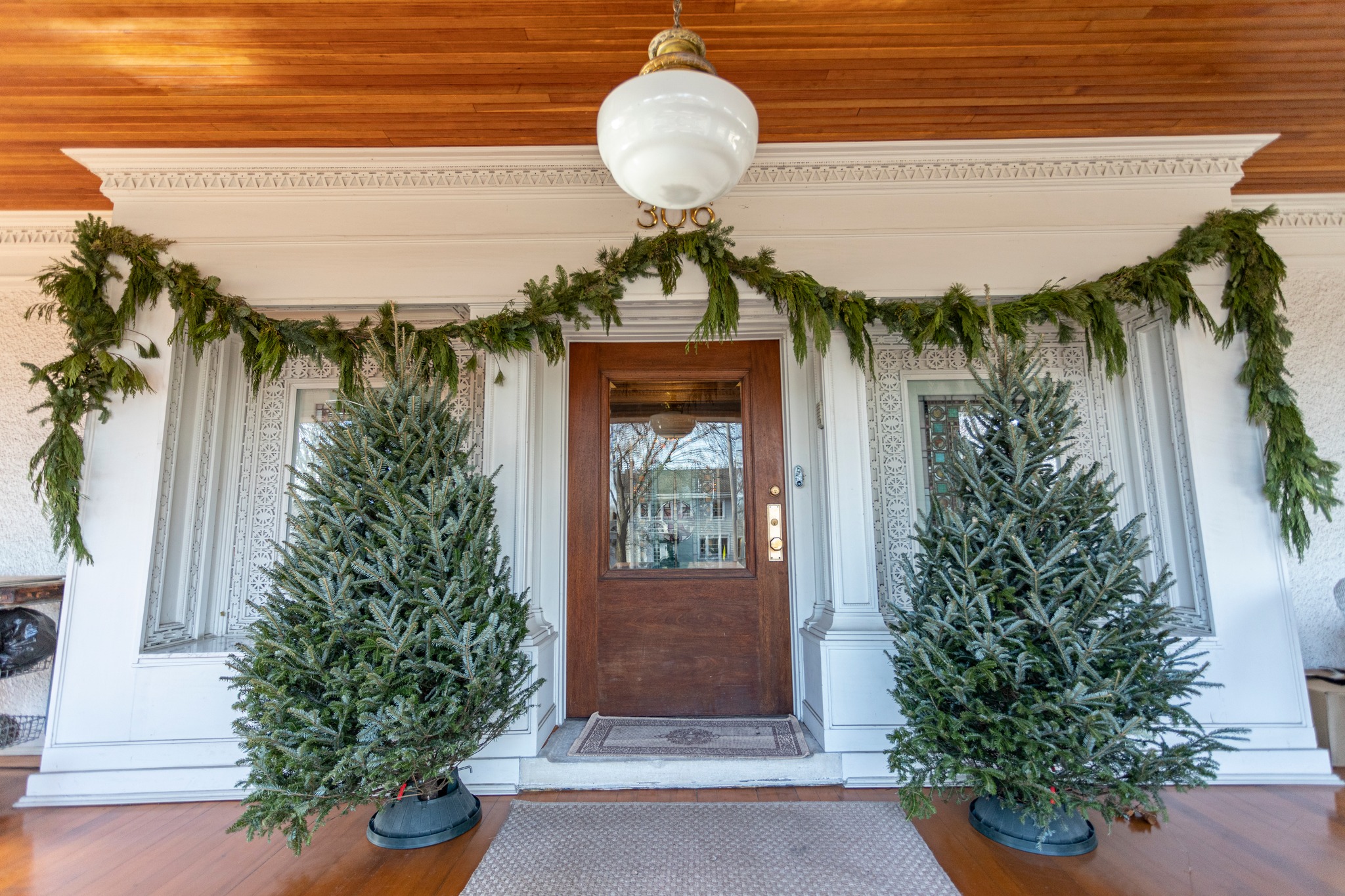 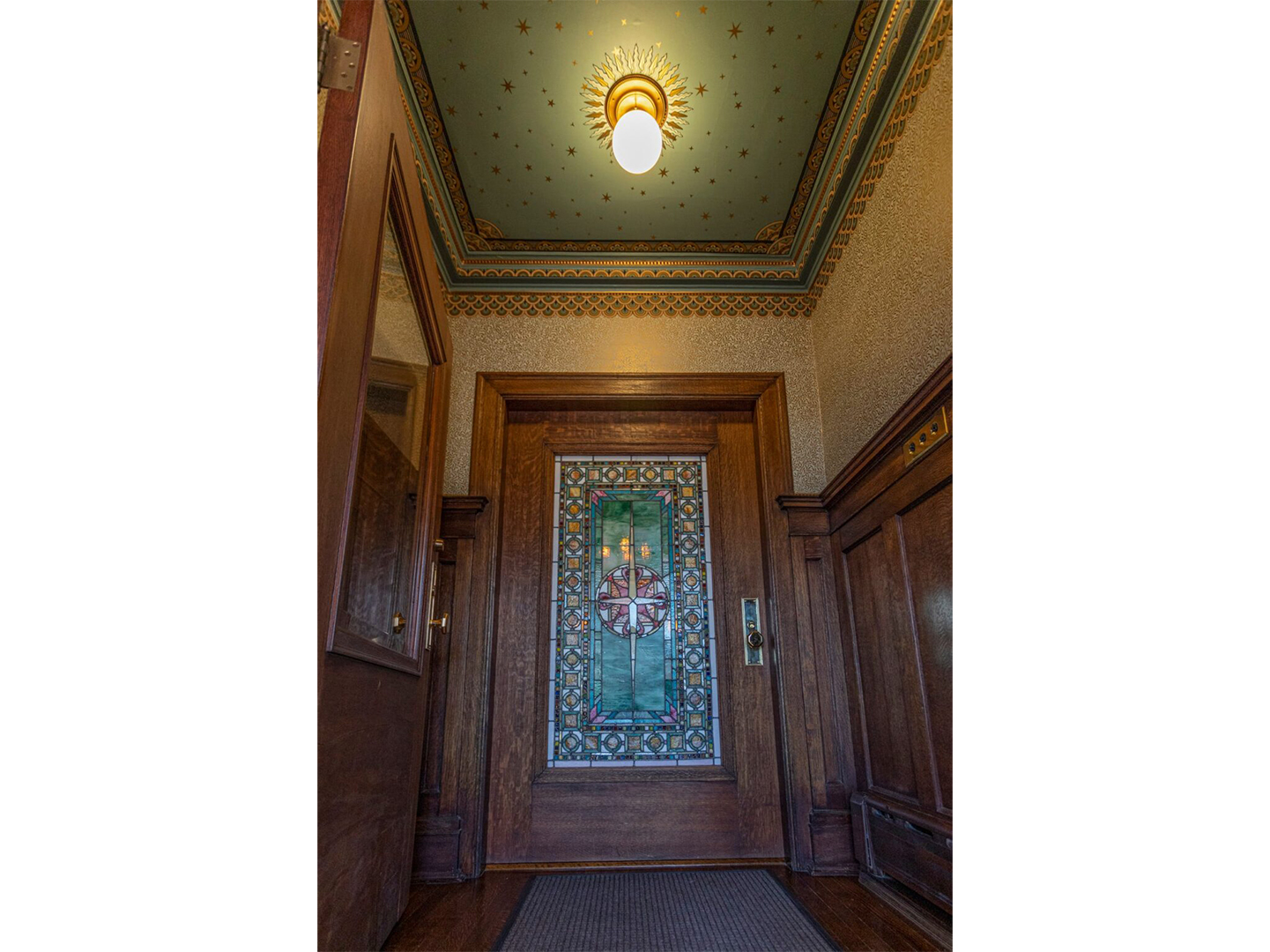 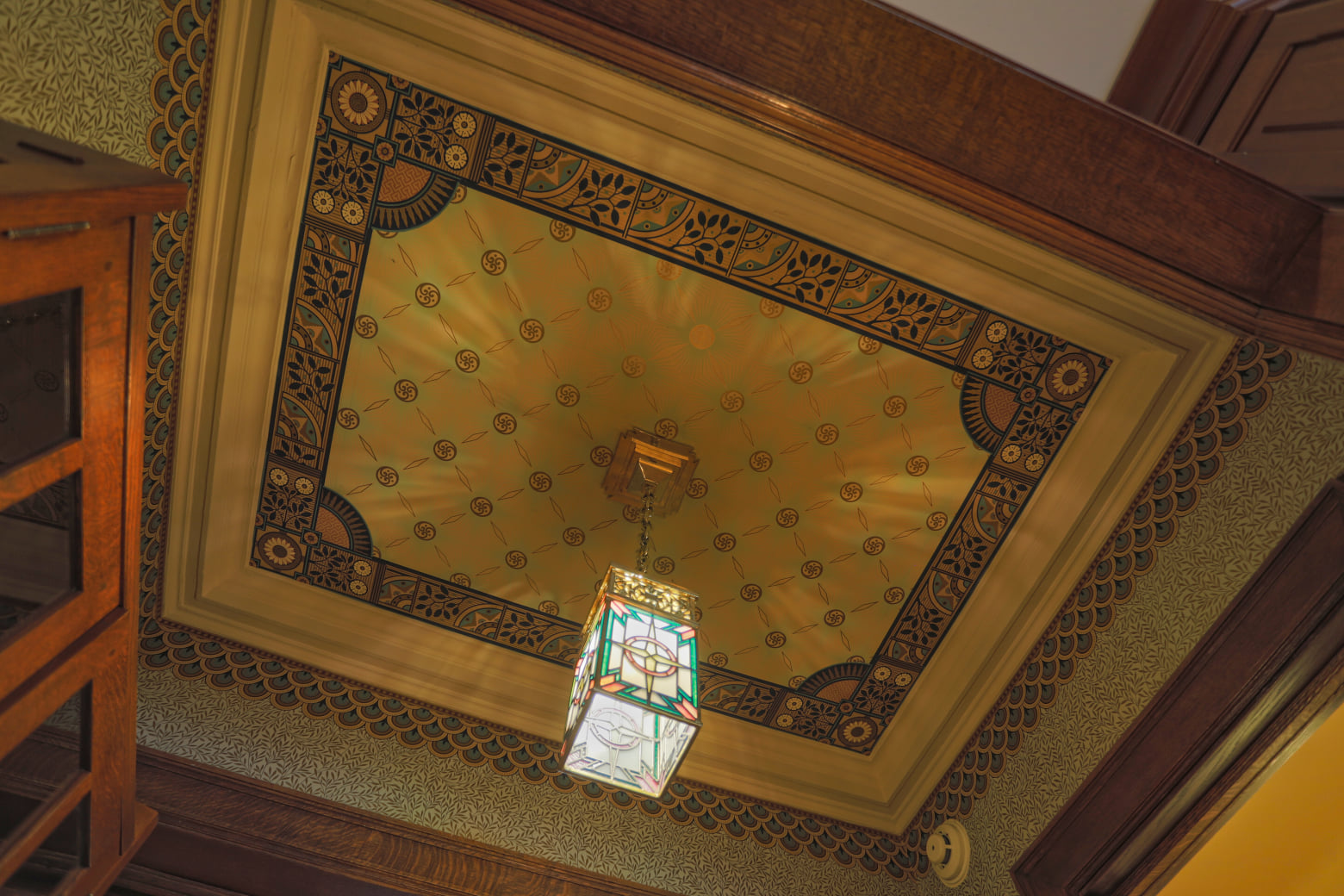 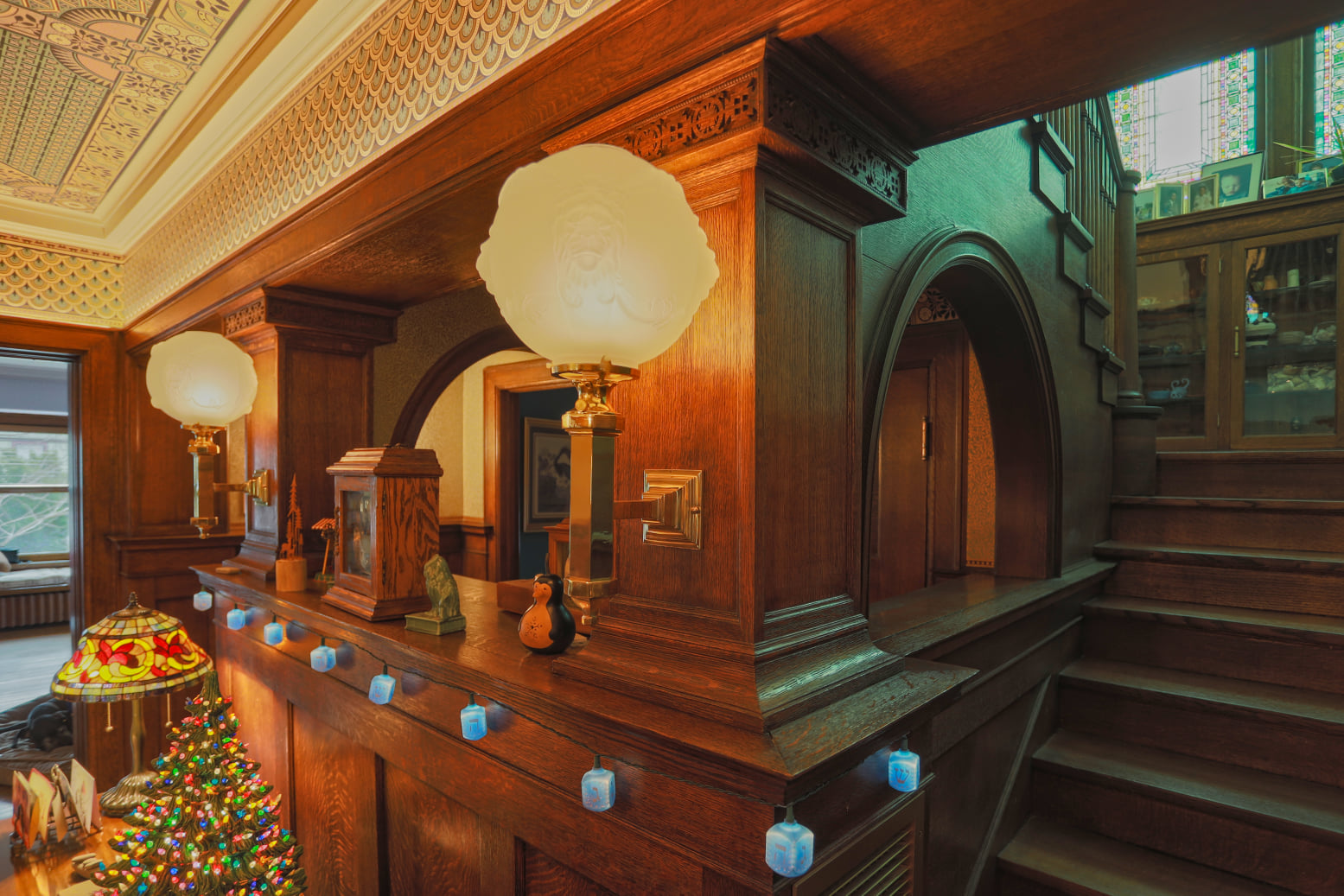 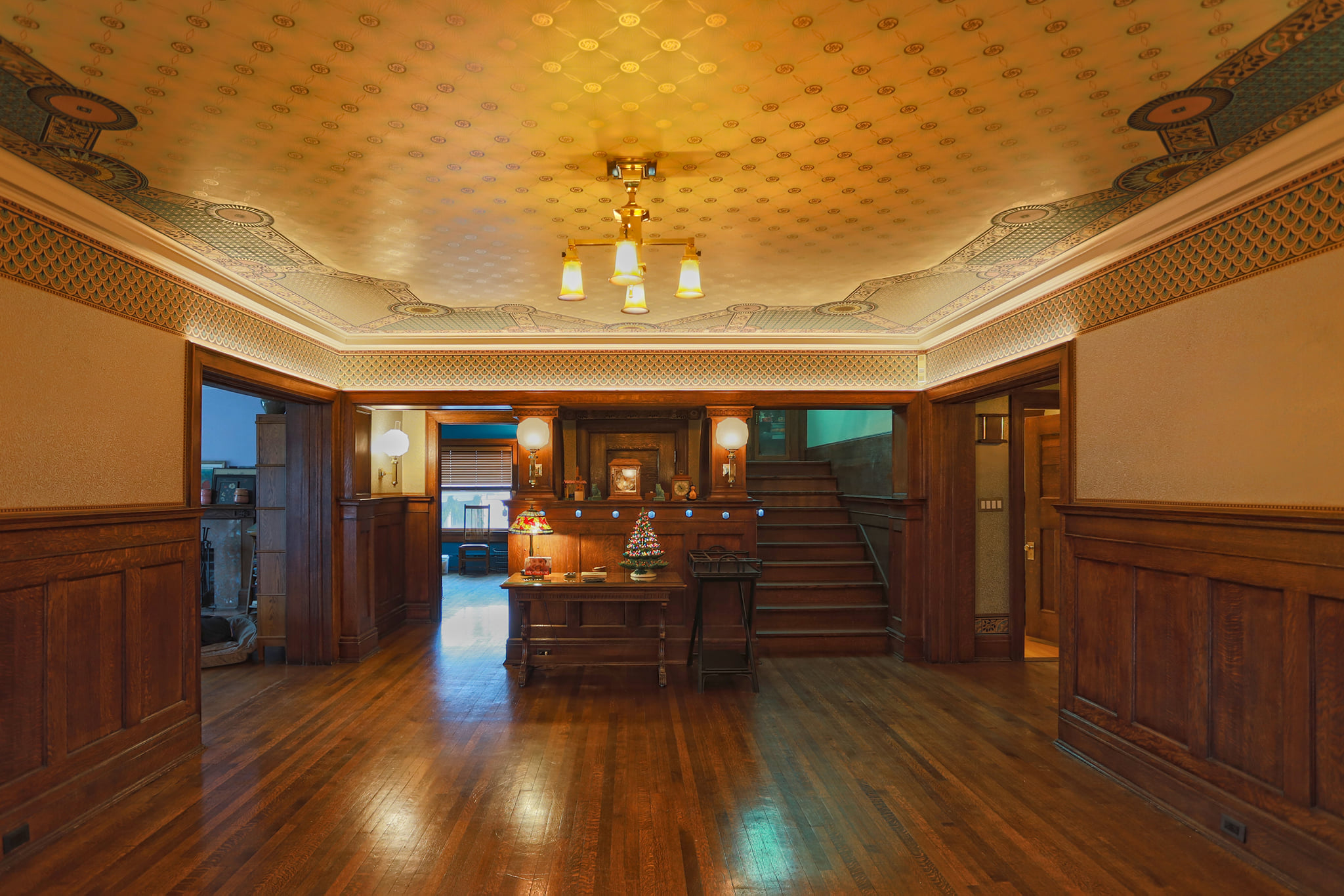 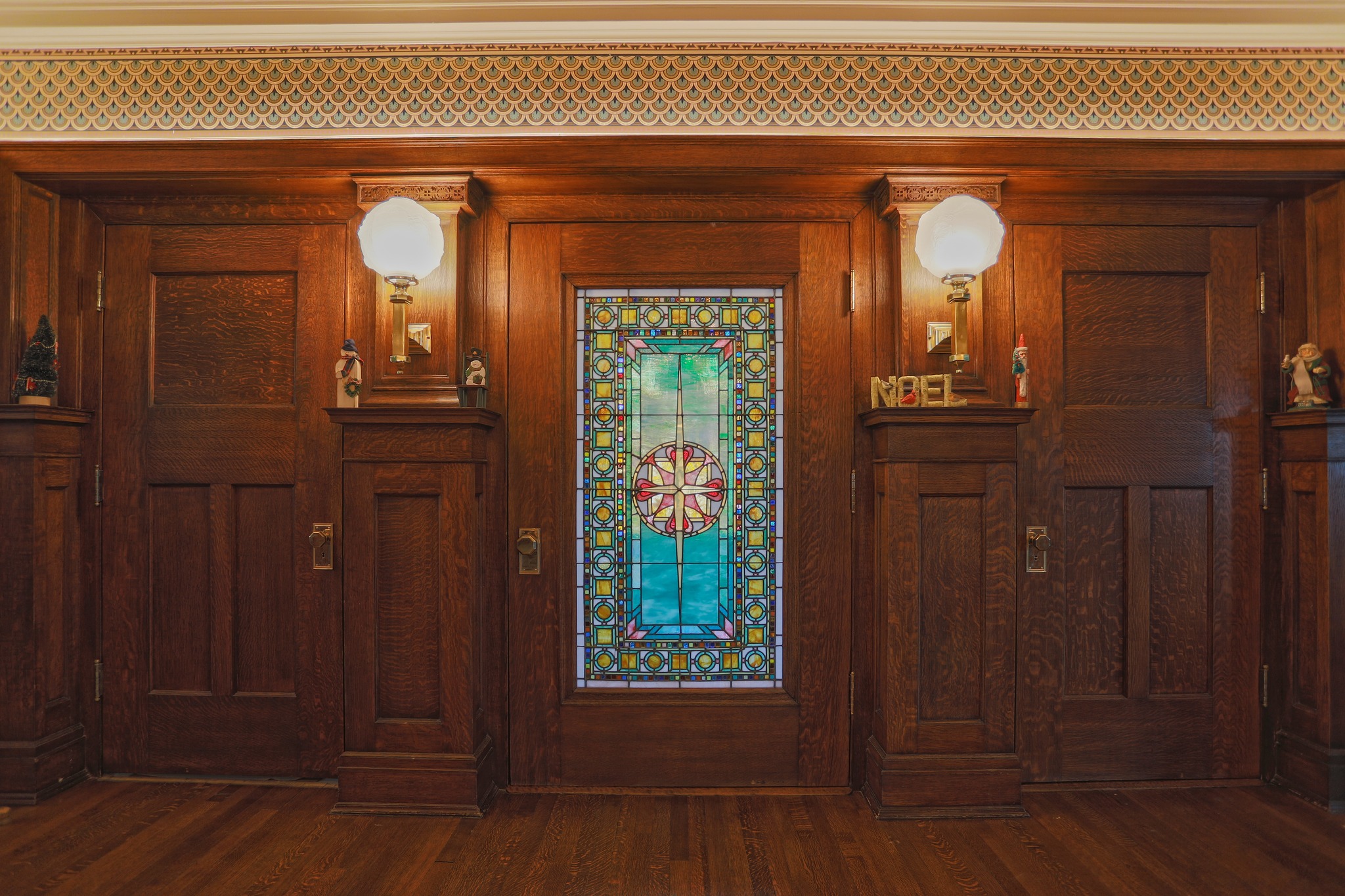 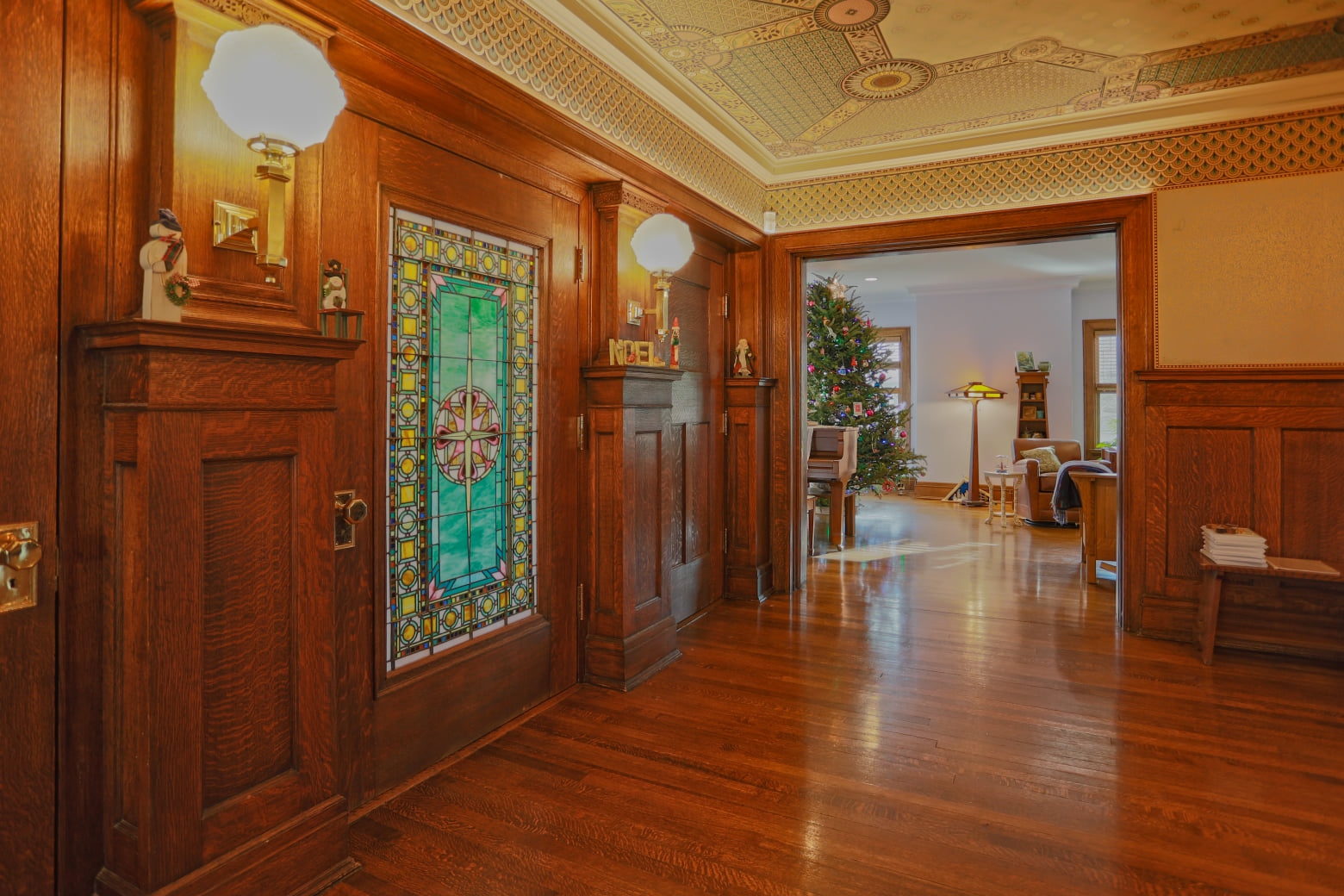 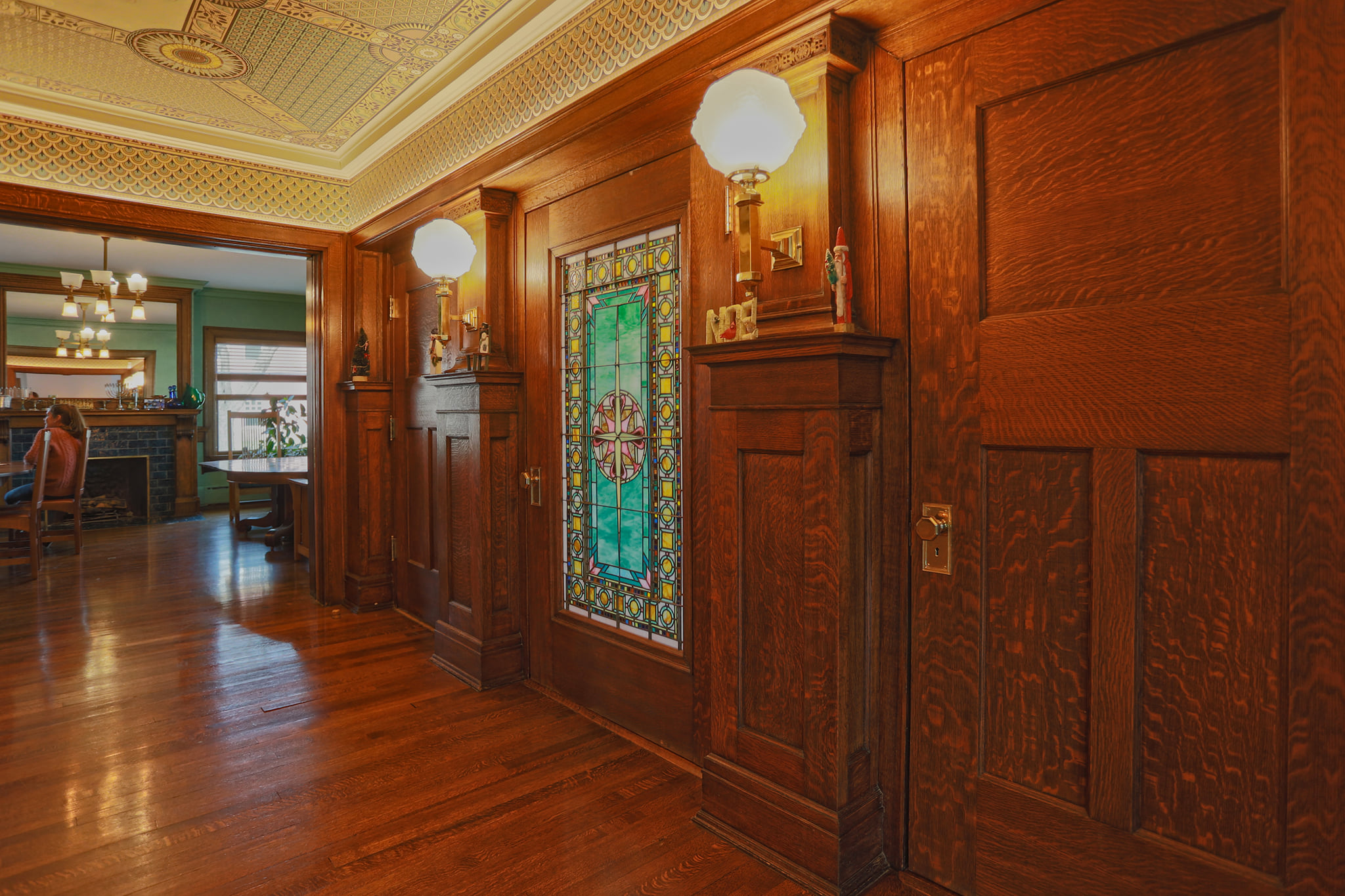 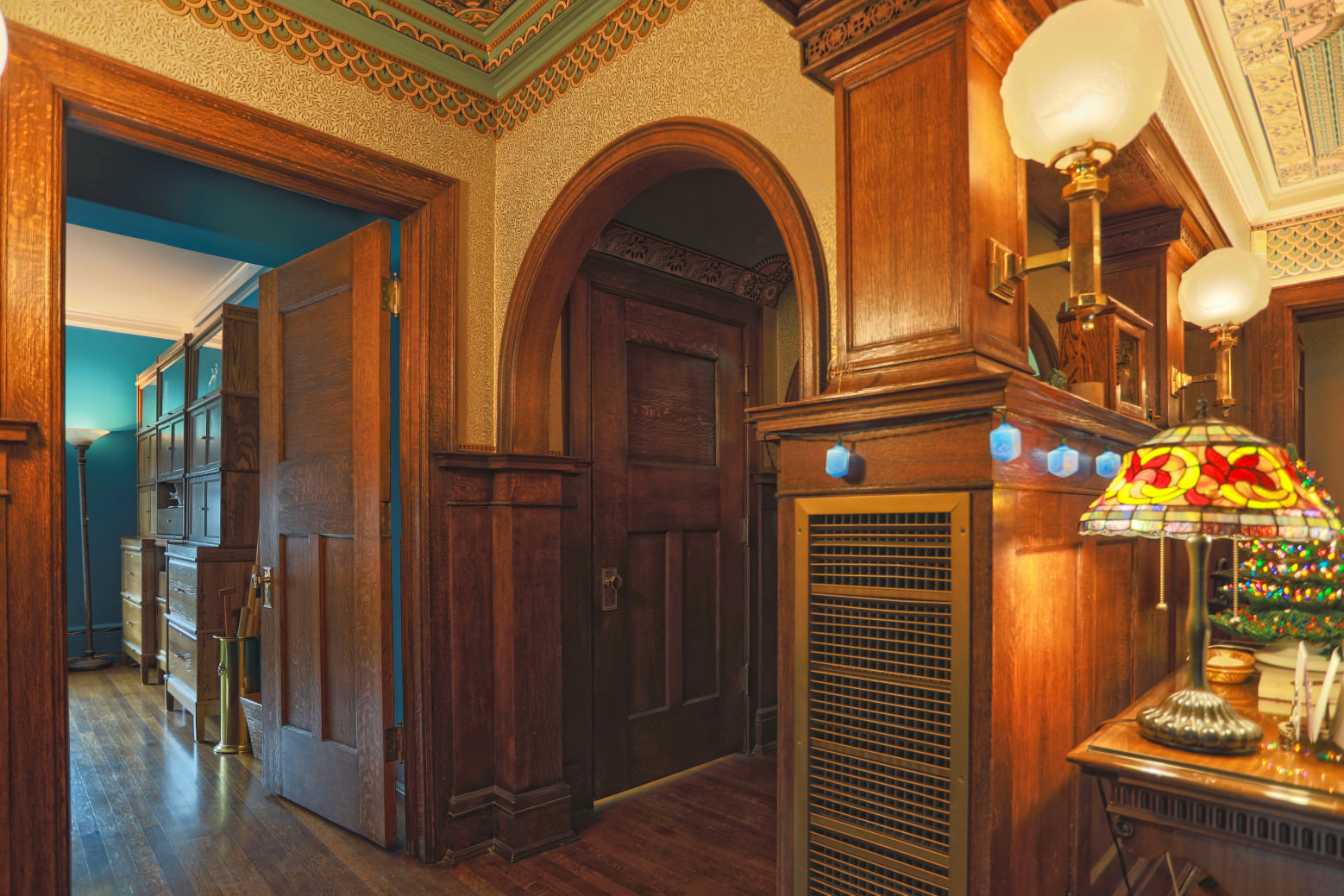 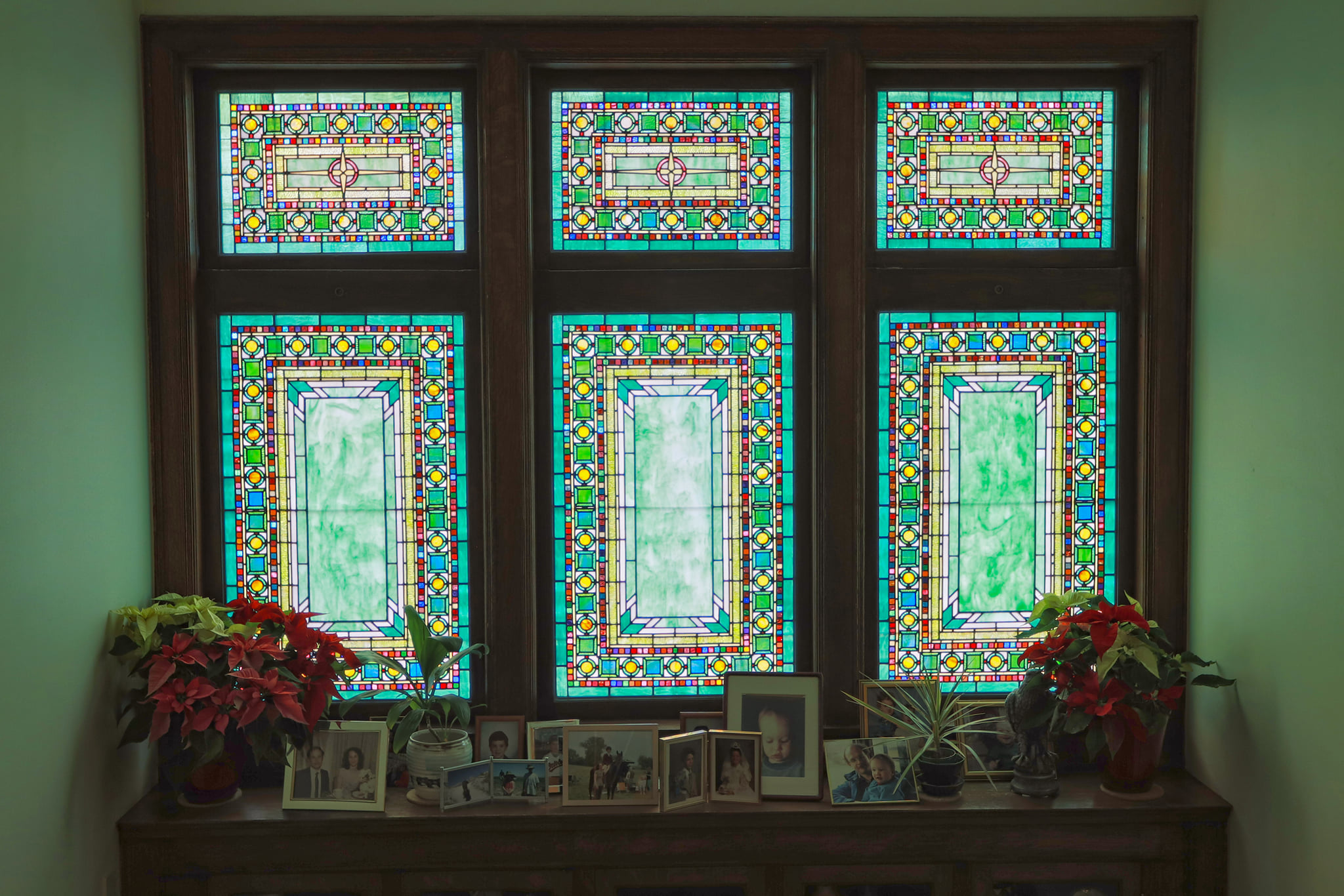 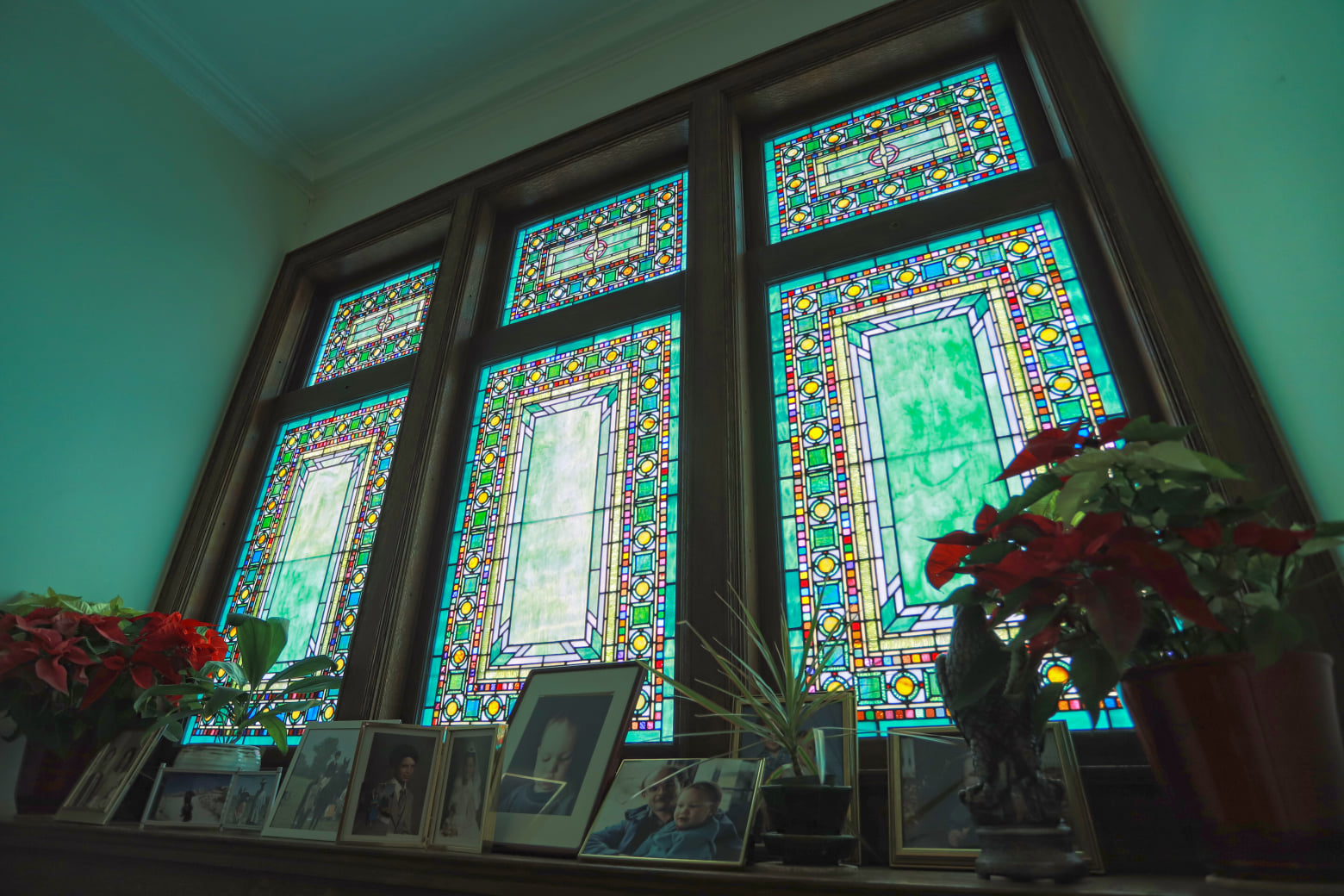 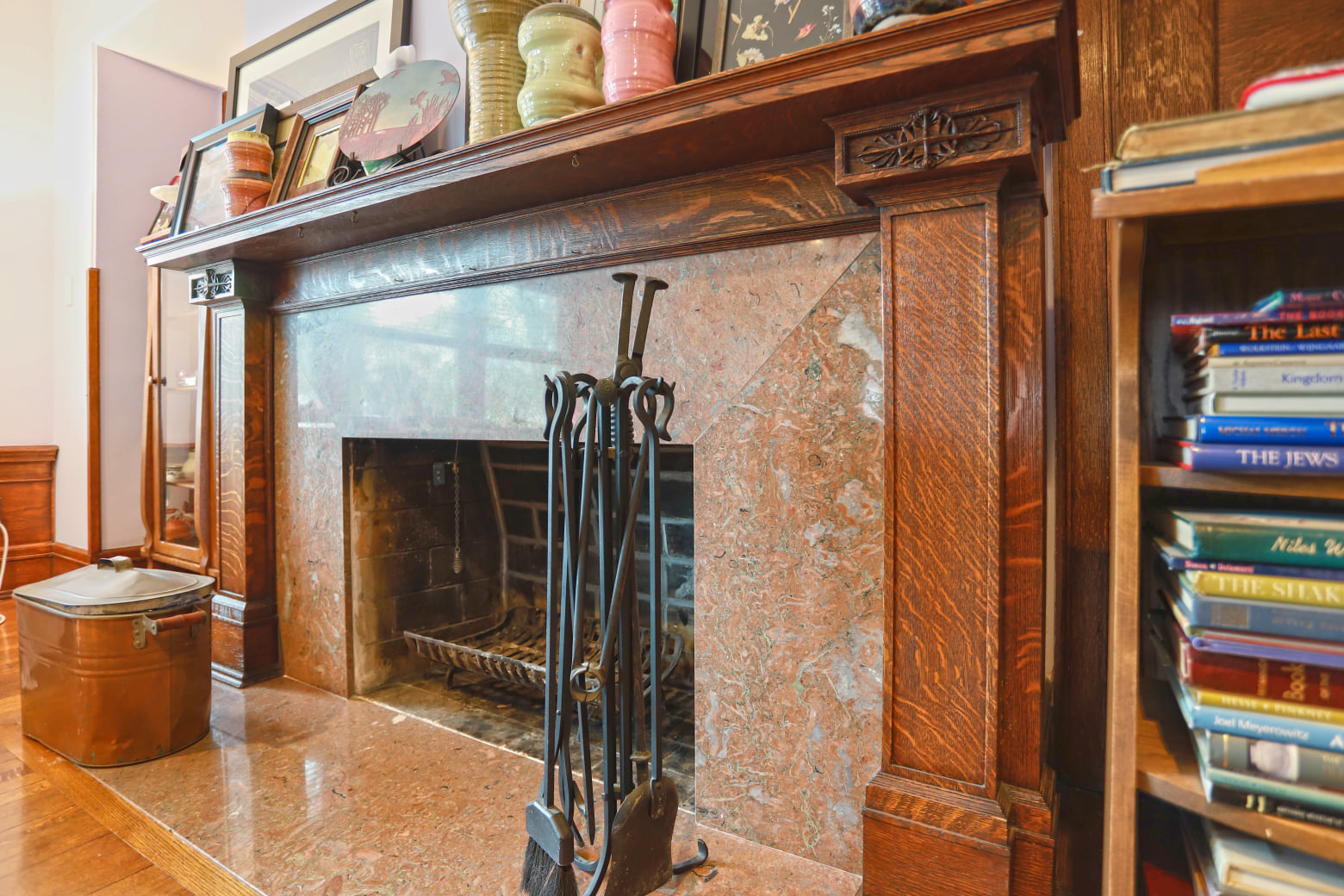 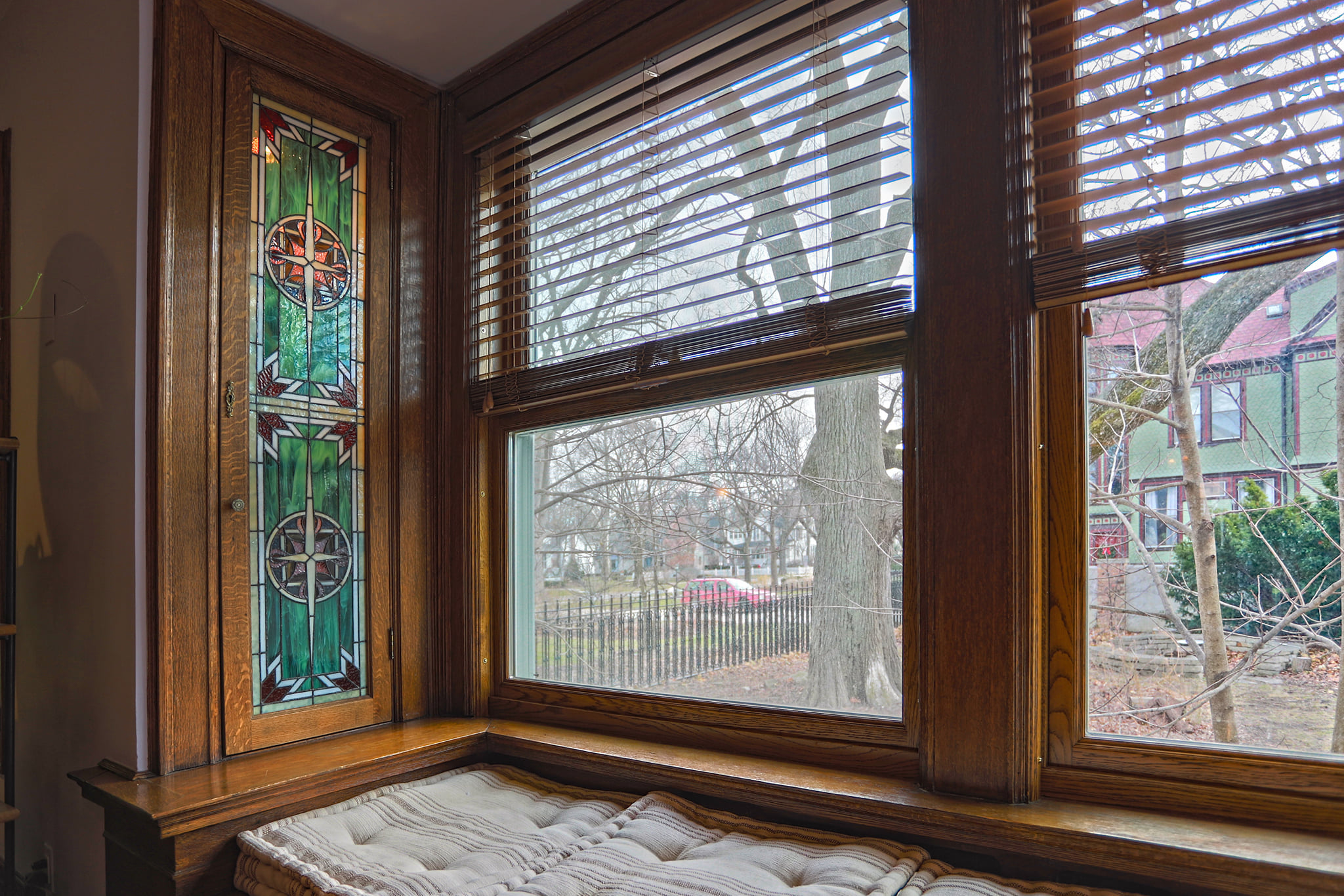 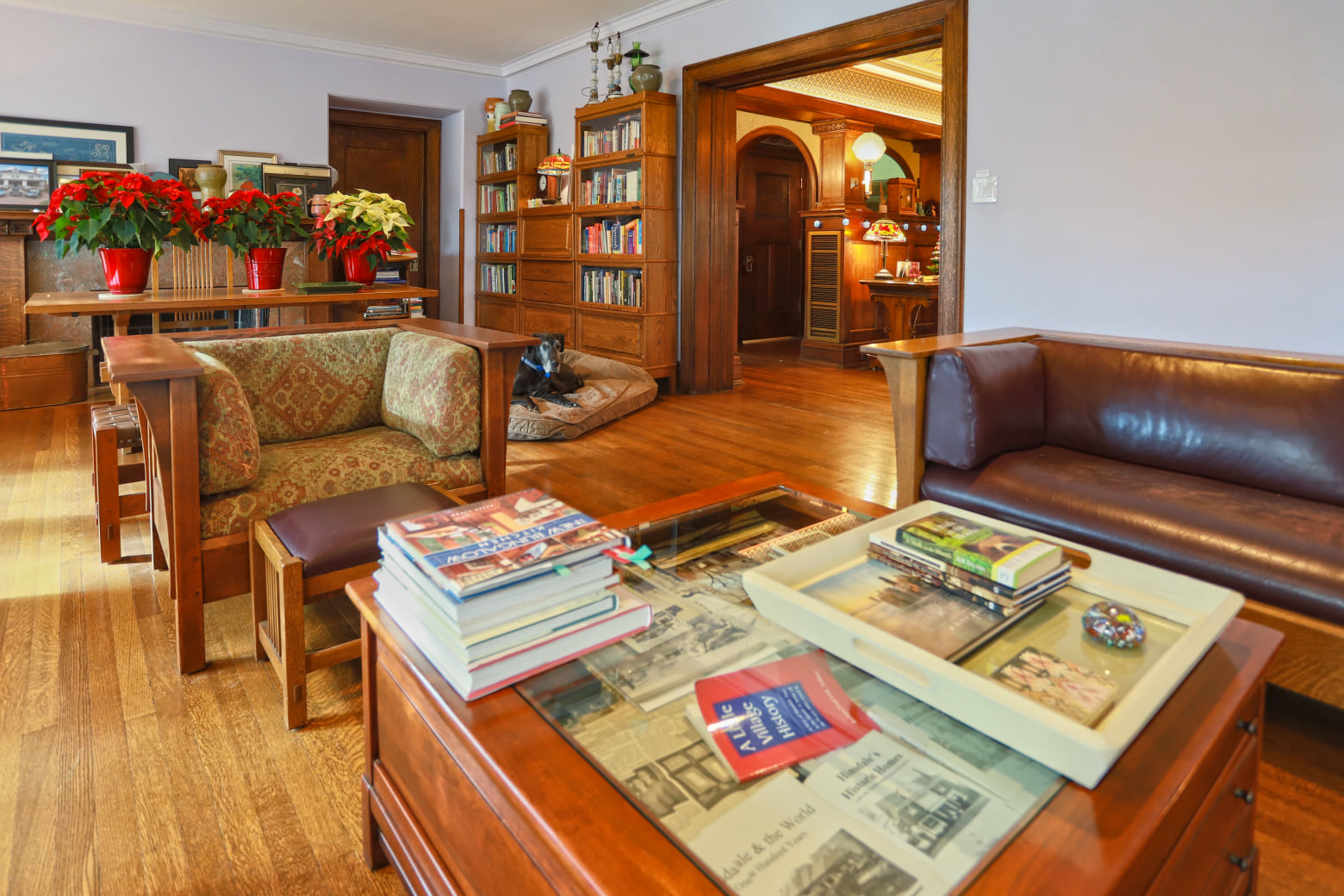 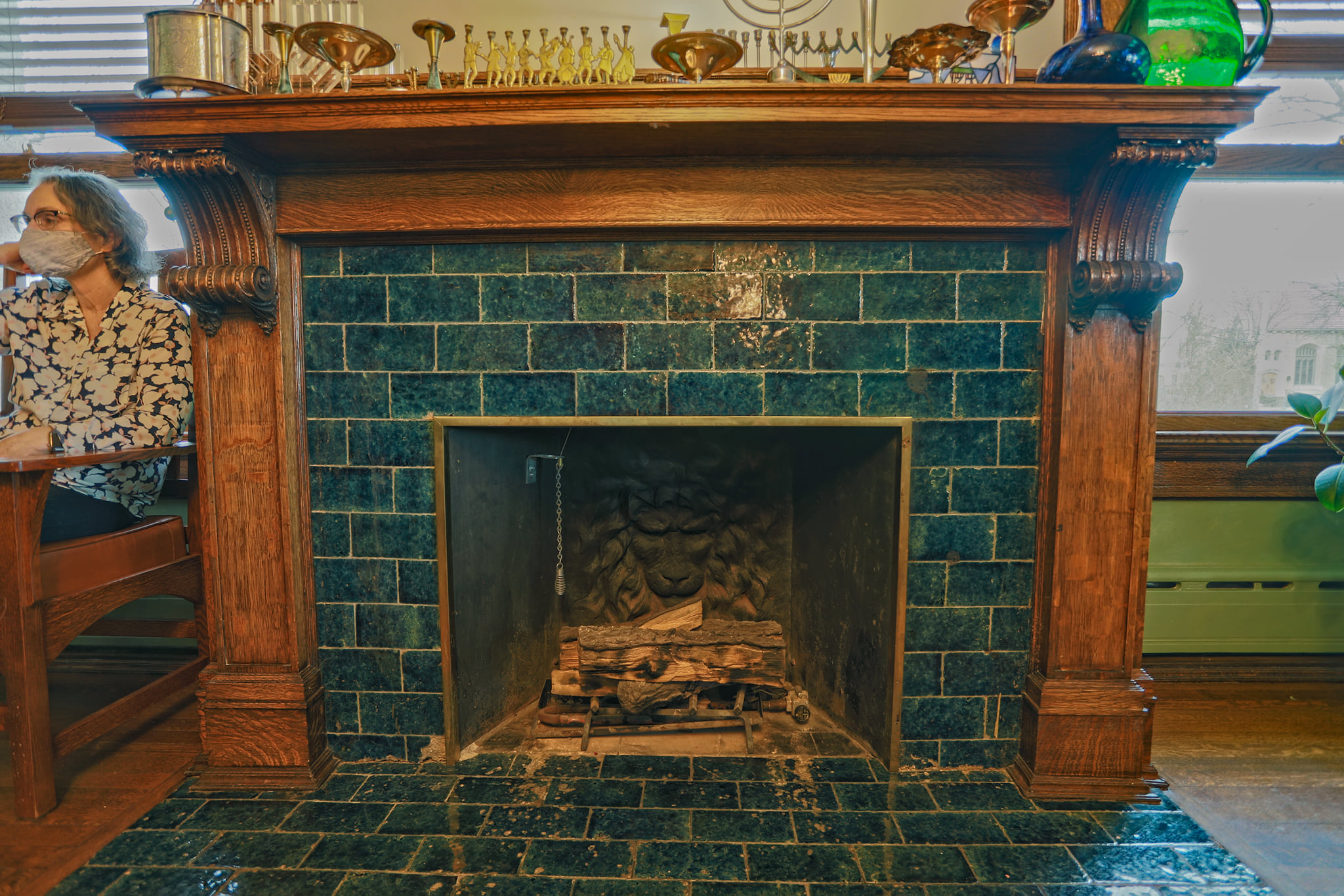 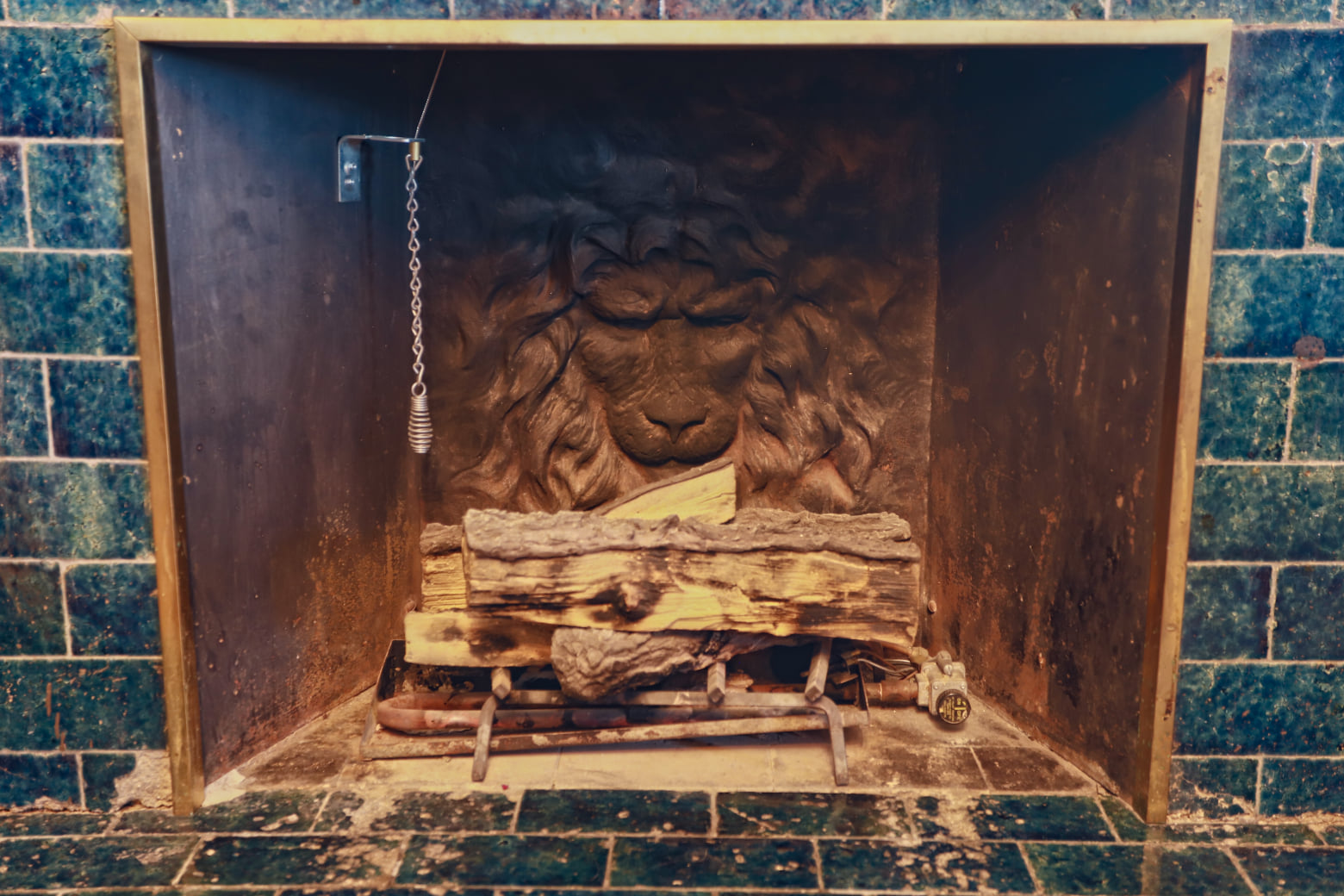 Designed in 1899, this house – often described as a smaller version of Pleasant Home – was built for William and Helen Coffeen in the Chicago suburb of Hinsdale, and is the only known Maher design within the village’s limits. William, who came to Chicago as a young man and moved to Hinsdale in 1875 to live with his sister, eventually married Helen Williams on October 18, 1892.
Following the home’s completion in 1900, the Coffeens sold it just 4 years later to real estate broker William Spaulding Warren. Warren died in 1914, his wife sold the home in 1915, and it’s changed hands many times since then, eventually landing in the care of Jim and Sharon.
The couple purchased the National Register of Historic Places-listed William & Helen Coffeen House in 2000, and have spent the past 21+ years lovingly restoring and maintaining it, while thoughtfully updating the home’s mechanical systems to ensure that it’s protected and comfortable for their family and for future owners for many years to come.
Not to attempt to outdo perfection, for further reading we’ve provided a link to the home’s National Register of Historic Places Registration Form in the comments section of this post. Curated by our friend and longtime volunteer and board member, the late Kathy Cummings, this document is an impressive and detailed record of the home, describing its history, architectural features, and significance. And with that, enjoy the sights and stories of the Coffeen House!