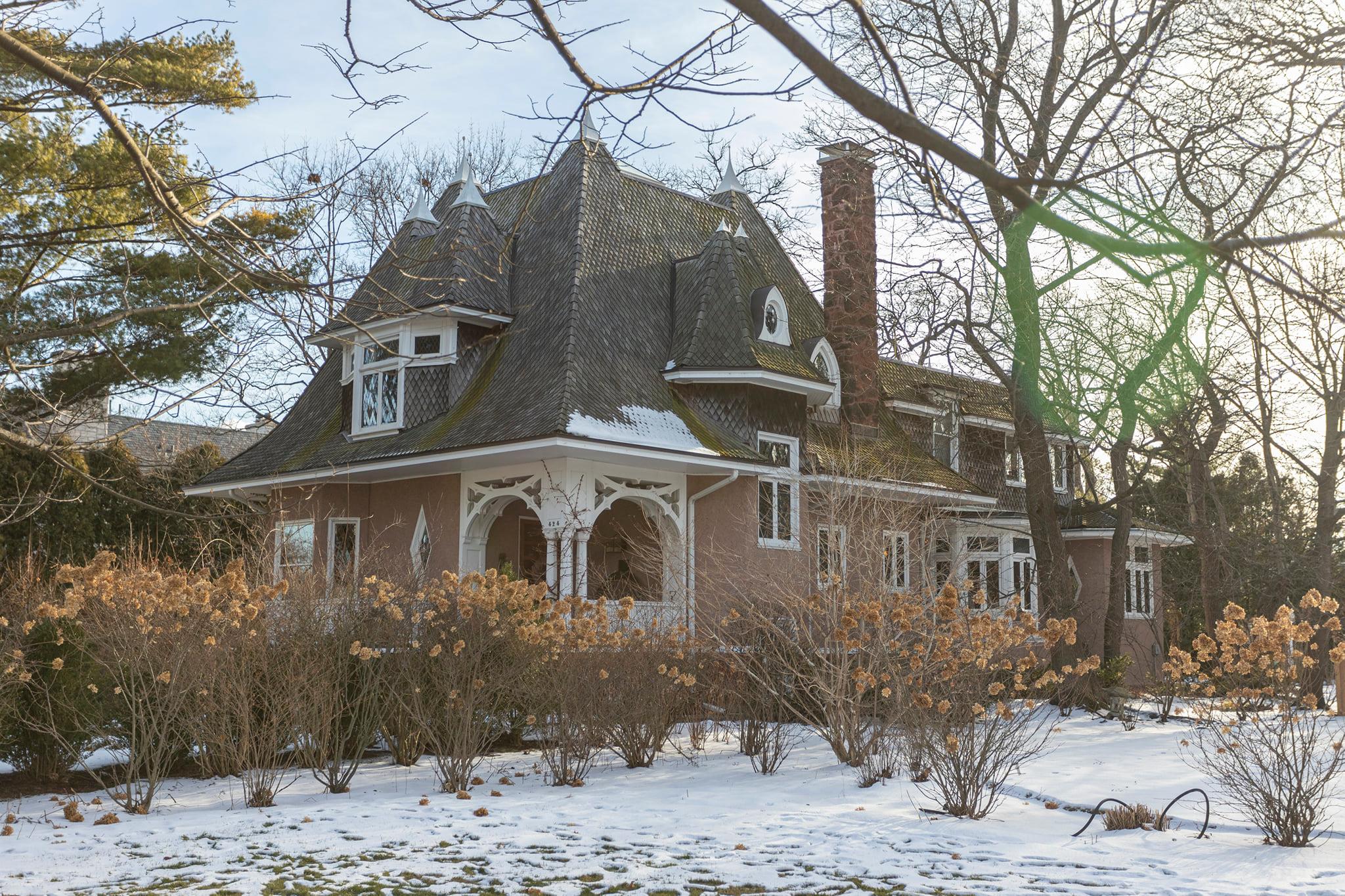 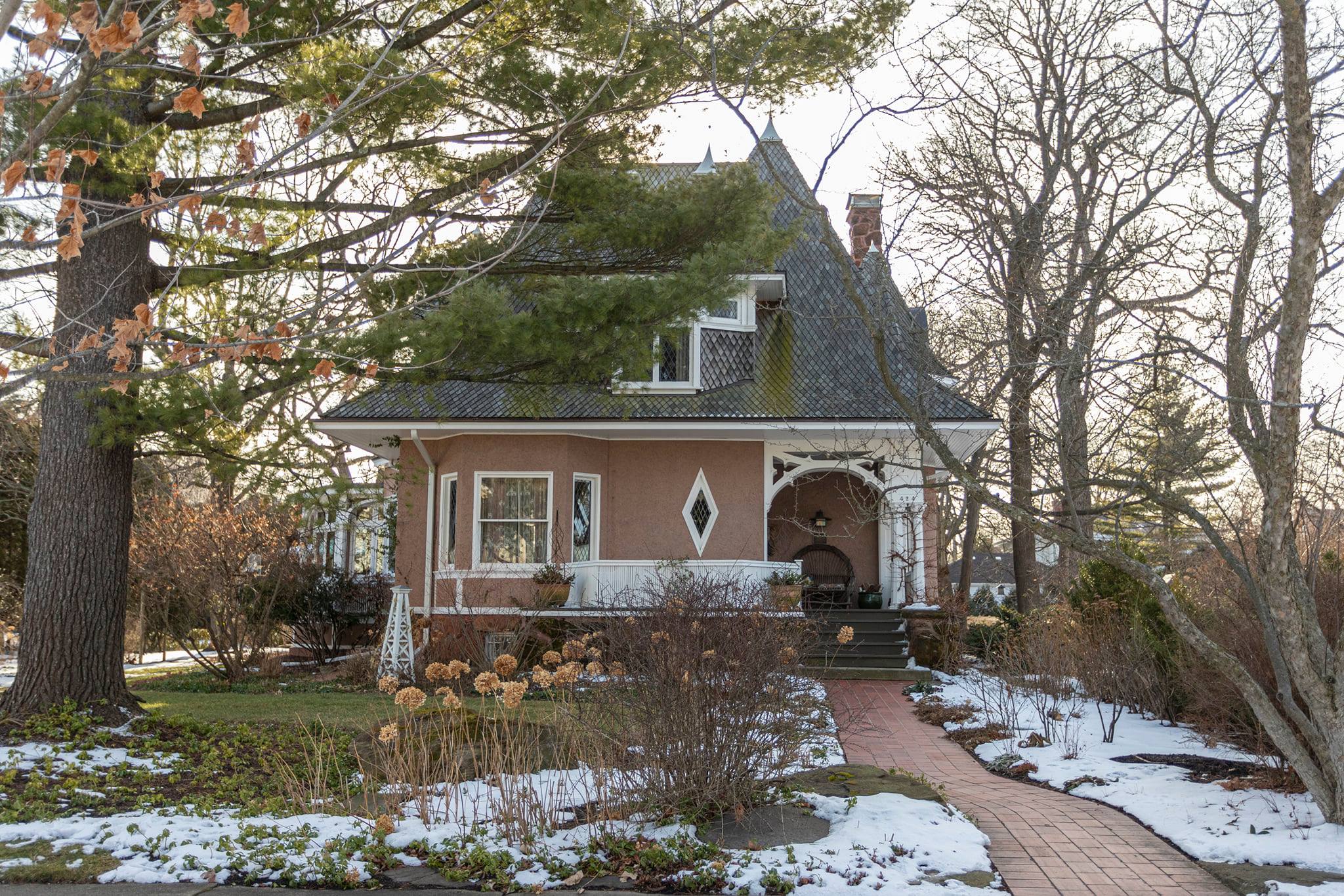 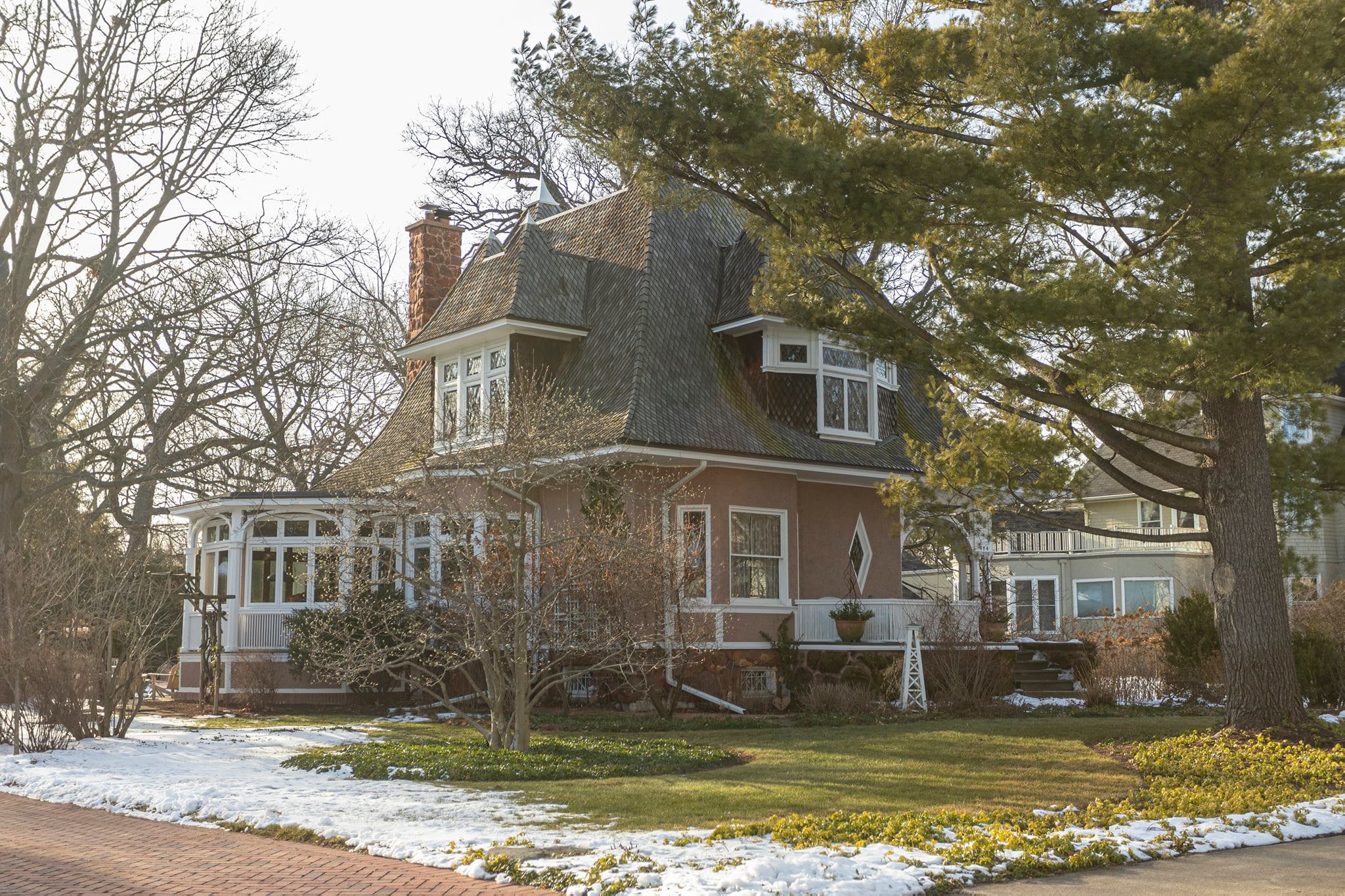 From “George Maher in Kenilworth” by The Kenilworth Historical Society, 1993.

At the age of 29, Maher built his own home at 424 Warwick Road in Kenilworth, IL in 1893. The most whimsical of Maher’s Kenilworth designs, it has been described as a “piquant blend of Victorian, Chinese, Swiss Chalet, Gothic, and Arts and Crafts styles.” With its striking emphasis on verticality, the exterior of the house is dominated by a steeply-pitched roof that is enveloped in diamond-shaped shingles. The roof and the peaked dormers that punctuate it are crowned by a cluster of decorative finials. The frequent use of the diamond pattern – in the individual window panes, in the front porch window, in the roof shingles, and in interior details – is an early version of Maher’s “motif-rhythm” theory.

George Maher lived in the house until his death. His son Philip lived his last years in the house, which remained in the Maher family until the mid-1980s.